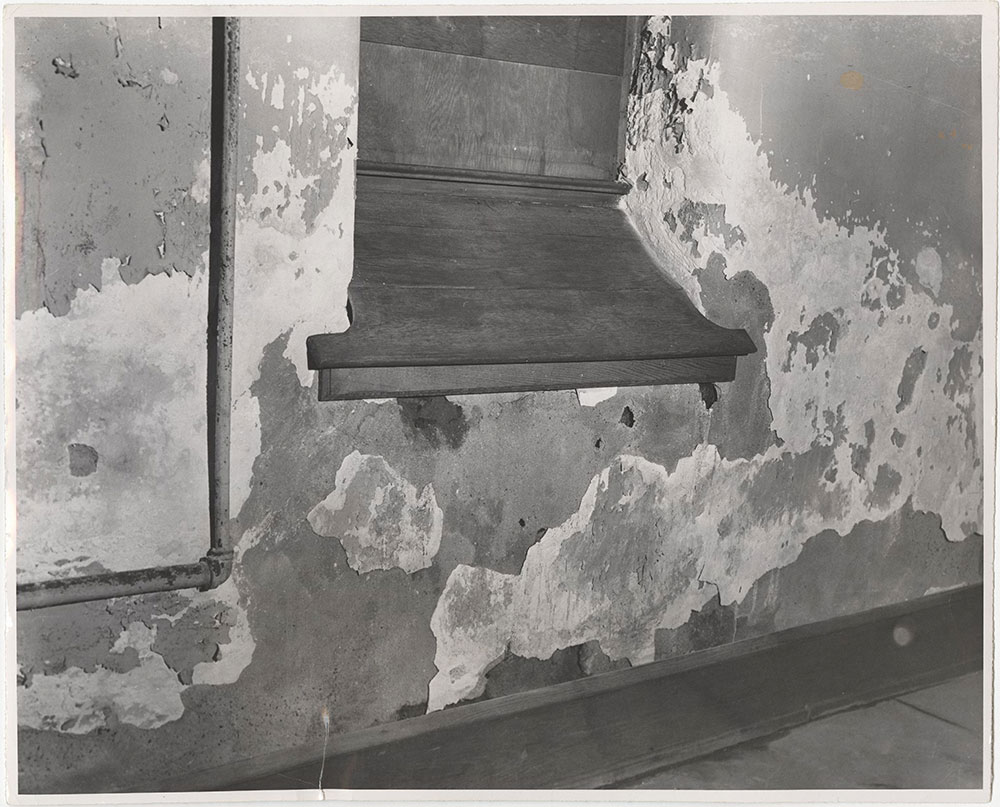 In 1914, the South Philadelphia Branch became the 16th branch of the Free Library to be built with funds donated by Andrew Carnegie. This interior view shows extensive water damage in the basement, by the early 1950s.