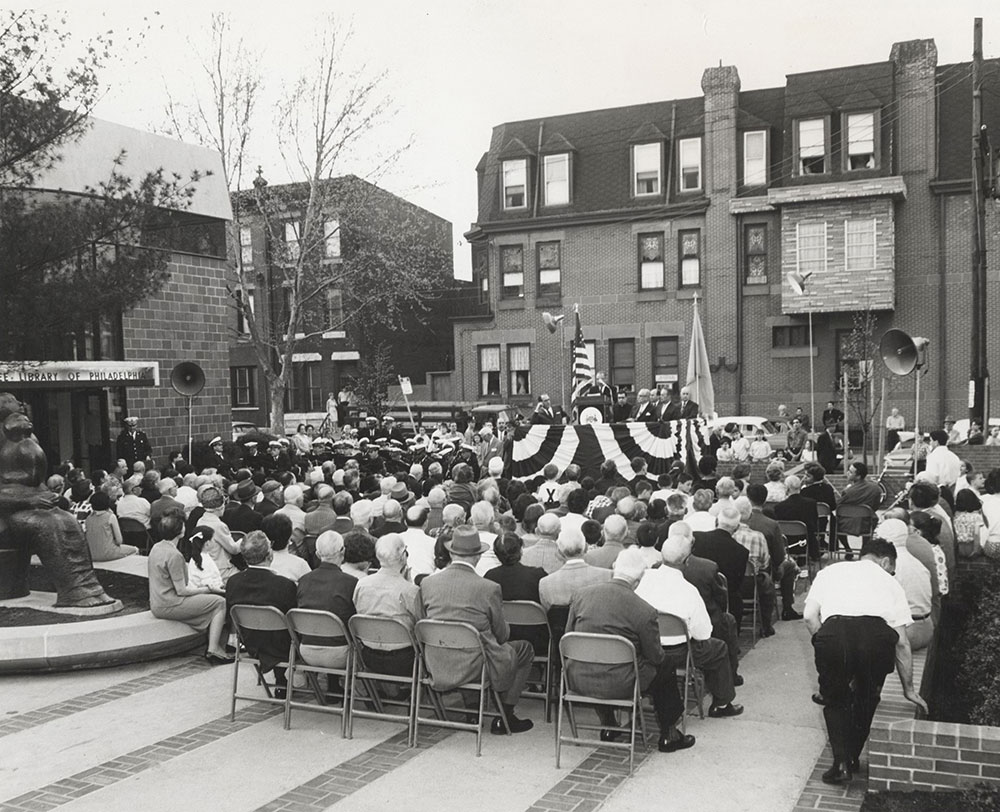 In 1914, the South Philadelphia Branch opened in an Andrew Carnegie-funded building at Broad and Ritner Streets. In 1965, the branch relocated to Broad & Morris Streets.  This is a 1965 exterior view of the large crowd attending the opening day ceremonies, held on the new building's ample plaza.

In 2014, this building was demolished, and in 2016, in partnership with CHOP, the City of Philadelphia, and the Free Library, a new building that combines health, recreational, and literacy services was opened on the same site at Broad & Morris, becoming the South Philadelphia Health and Literacy Center, incorporating the new South Philadelphia Library branch.