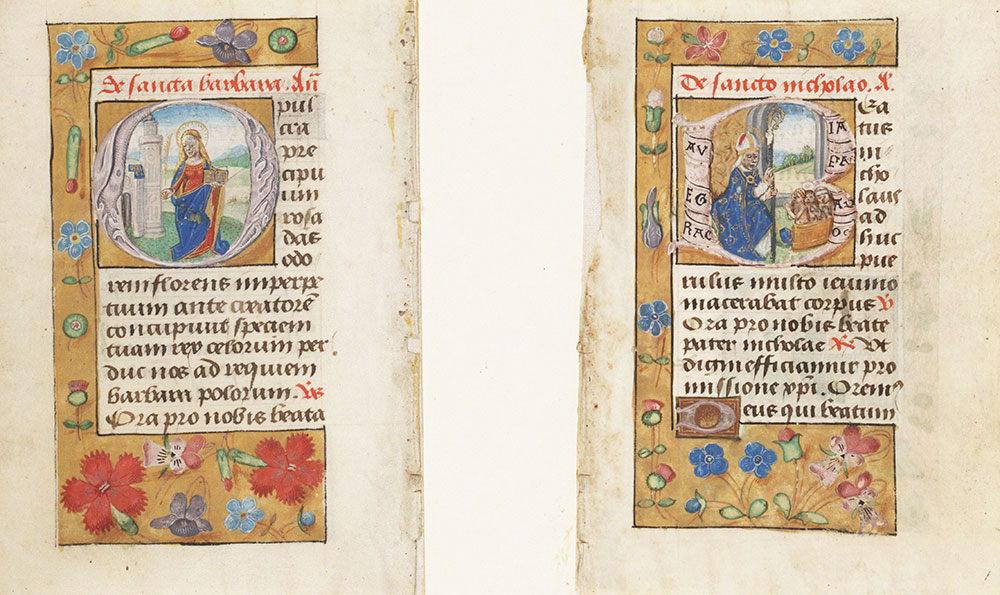 Item No: mcai050133
Additional Title: Book of Hours
Script: Hybrida
Language: Latin
Folio Number: ff. 2v-3r
Source: Rare Book Department
Notes: On the left, an Initial O with St. Barbara, beginning her Suffrage, and on the right, an Initial B with St. Nicholas, beginning his Suffrage
Notes: Suffrages in books of hours were prayers dedicated to various saints. St. Barbara was a third-century saint martyred at the hands of her own father, a pagan. According to her legend, her father locked her away in a tower to keep her from her suitors. Her attribute is, therefore, a tower with three windows. The three windows commemorate the Trinity.

St. Nicholas of Myra, a town in modern day Turkey, is a fourth century saint. His legend contains many accounts of gift-giving, a trait that made him the inspiration for the character of St. Nicholas who brings presents to children during Christmastime.
Sirsi Catalog Key: 1481920
Country: Country:Belgium
City/Town/Township:Bruges 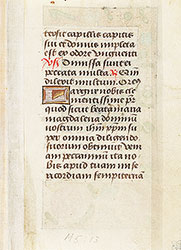 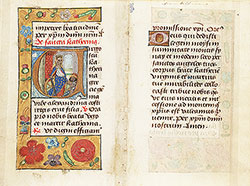 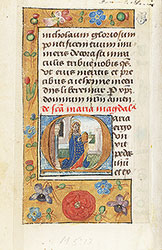