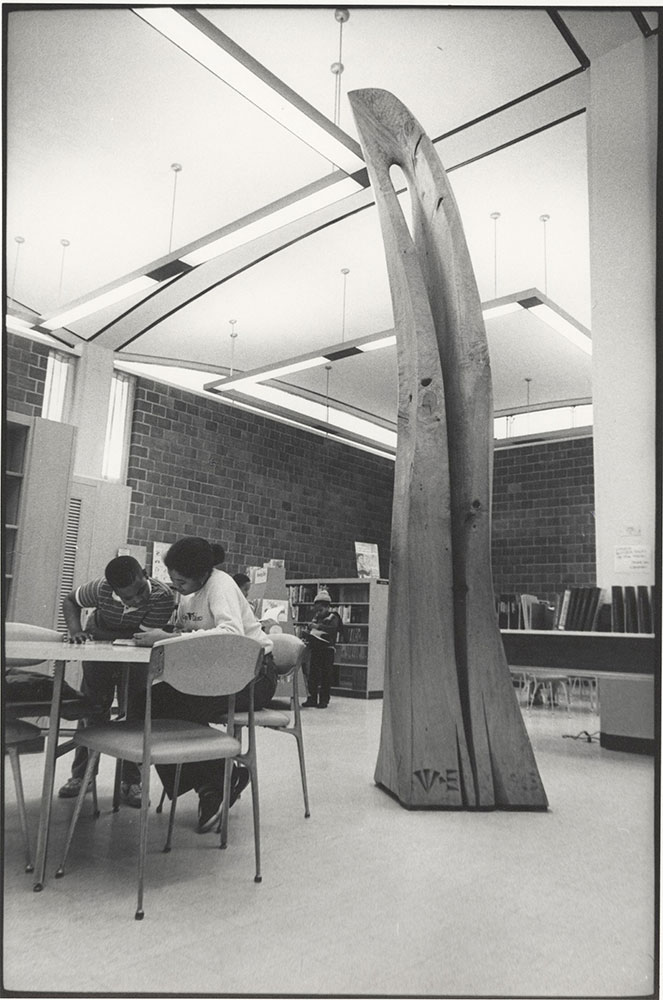 In 1914, the South Philadelphia Branch opened in an Andrew Carnegie-funded building at Broad and Ritner Streets. In 1965, the branch relocated to Broad & Morris Streets.

This 1981 interior image of the children's room in the newer building shows the wood sculpture titled “Rhythm #1,” created for the library in 1965 by Wharton Esherick, as part of the 1% For Art initiative.

In 2014, this building was demolished, and in 2016, in partnership with CHOP, the City of Philadelphia, and the Free Library, a new building that combines health, recreational, and literacy services was opened on the same site at Broad & Morris, becoming the South Philadelphia Health and Literacy Center, incorporating the new South Philadelphia Library branch.  The Esherick sculpture still resides with the new library building, in the lobby.