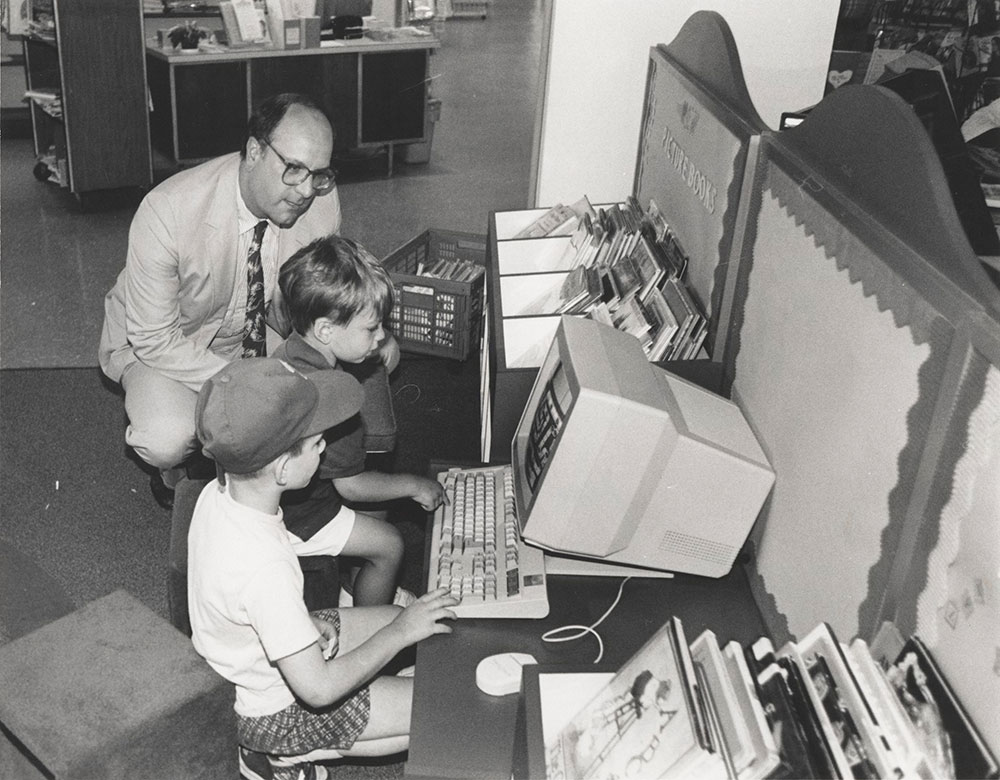 The original Southwark Branch opened in 1912, and was the 13th Andrew Carnegie-funded Free Library branch. Located at 5th & Ellswoth Streets, on a smaller lot than a typical Carnegie library, it eventually became inadequate for the needs of the community.

In 1963, the Southwark Branch reopened in this new building, at 7th & Carpenter Streets. This 1993 image shows pre-schoolers being assisted at a computer station. In 2004, the branch was renamed in honor of Charles Santore, a long-time South Philadelphia leader.