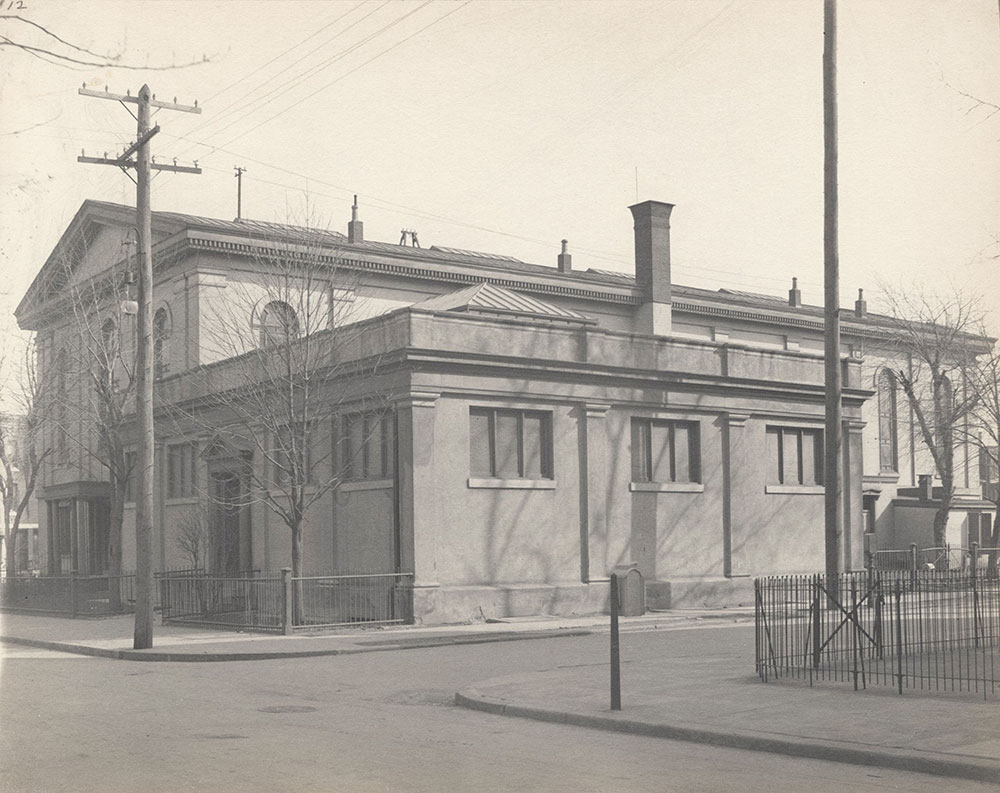 The branch occupied rented space from the Wagner Institute, quartered in half of the first floor of the original building and the entire first floor of a new wing.  This ca. 1896 exterior view shows the added wing on the west side of the original building. Wagner Institute Branch remained at this location until 1962. That year it was closed and replaced by the new Columbia Avenue Branch (later renamed the Cecil B. Moore Branch).