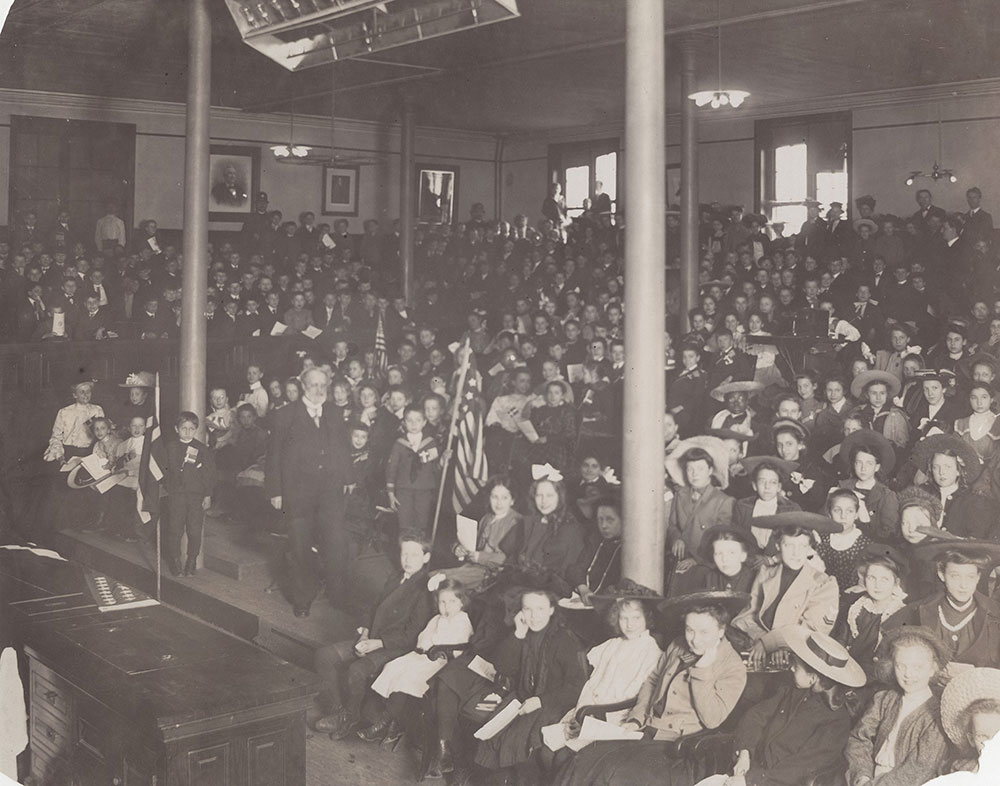 The space for the branch was rented from the Wagner Free Institute. Although this lecture hall was not included in the rental agreement, it was made available for story hours, as seen in this 1907 photograph.  The Wagner Institute Branch remained at this location until 1962. That year it was closed and replaced by the new Columbia Avenue Branch (later renamed the Cecil B. Moore Branch).