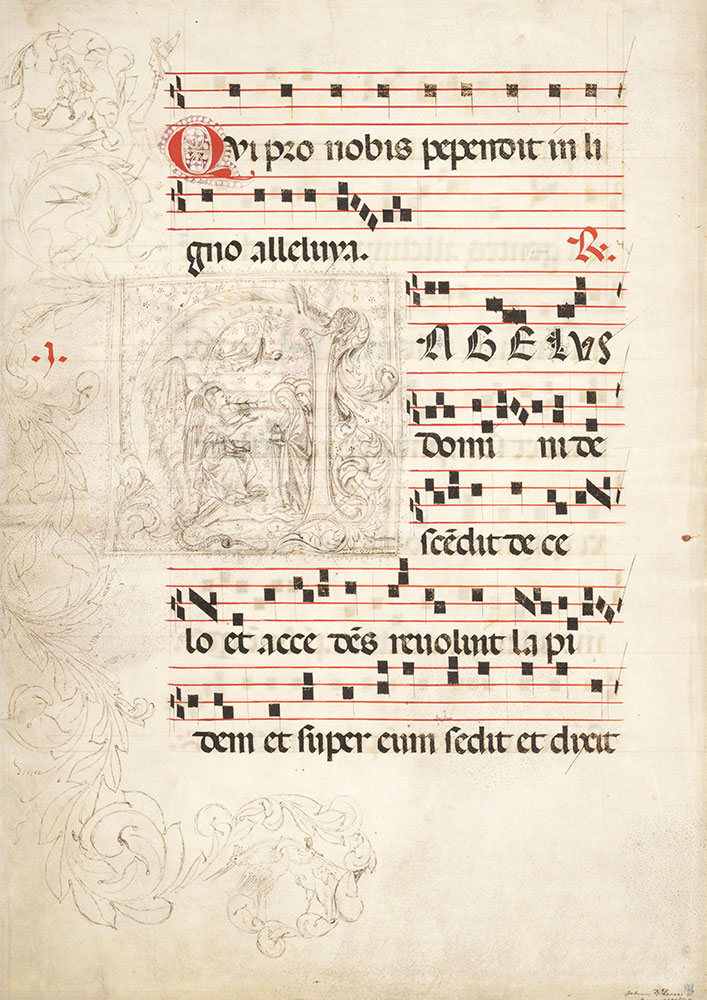 The decoration on this leaf was left unfinished with the underdrawing of the initial and border lacking the paint and gold leaf. Yet, its incomplete state allows us to see the steps of illumination midway through the process. After a leaf was ruled to determine the number of lines of text and decoration, the scribe wrote in the text leaving the areas of decoration blank. The leaf was then handed over to an illuminator who would draw in the outlines of the decoration with a stylus or a lead stick, similar to a pencil. The gold leaf would have been added next before the initial was painted in with various colors. For an unknown reason, our illuminator abandoned his work after completing the underdrawing.
Sirsi Catalog Key: 1639040
Country: Country:Italy
City/Town/Township:Florence ? 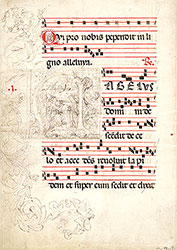 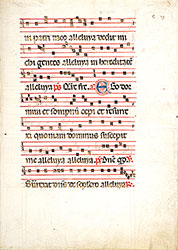