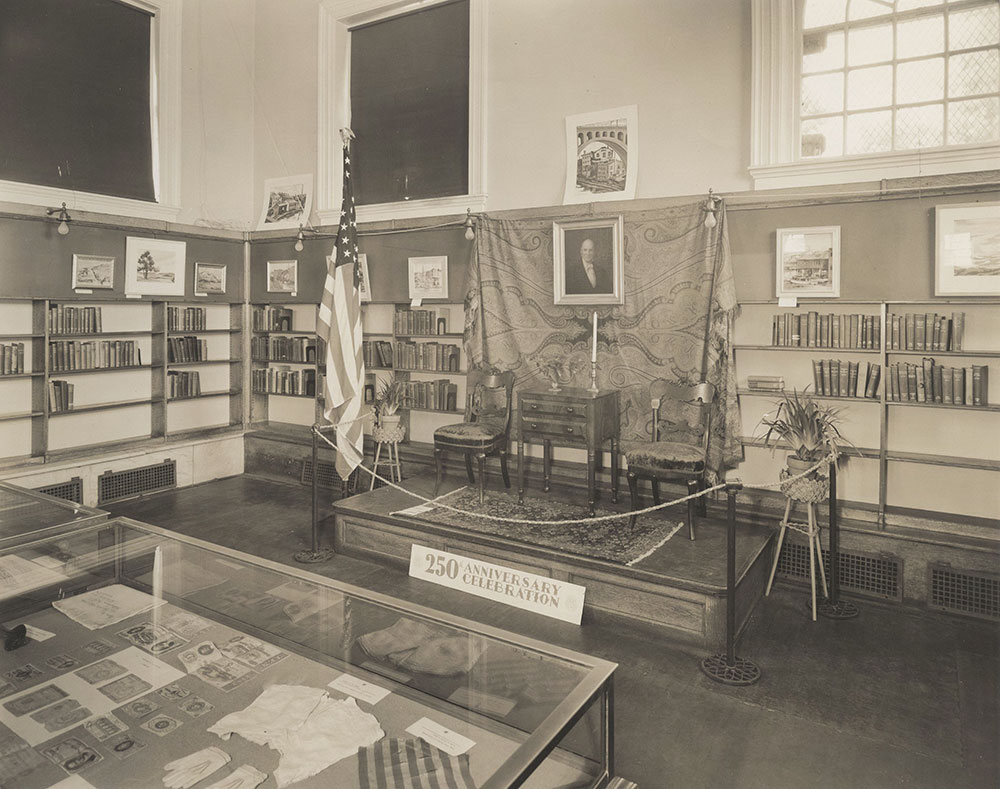 The Wissahicken Branch was the ninth Andrew Carnegie-funded Free Library branch, opened in 1909, and built on land donated by the Pencoyd Iron Works. This photograph shows some of the displays of artifacts celebrating the Wissahickon Community's 250th Anniversary, a joint exhibition with the Manayunk Branch.