Something Attempted, Something Done 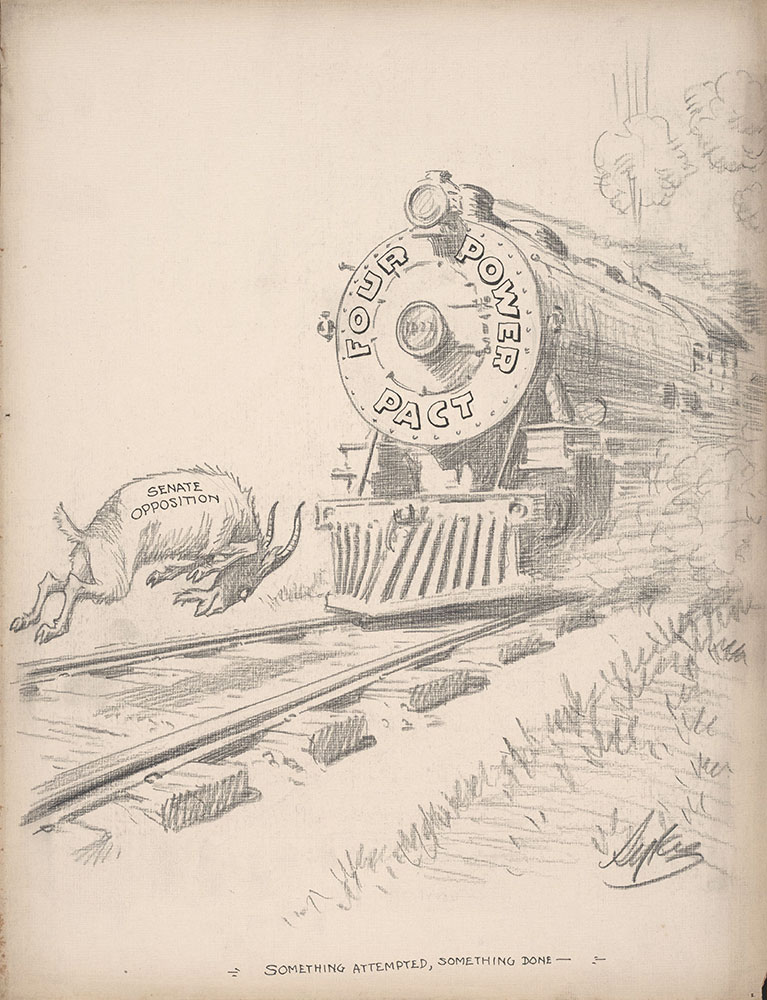 The Four Power Treaty was signed by the United States, Great Britain, France, and Japan on December 13, 1921.  It was approved by the Senate on March 24, 1922, with an amended resolution.

As part of the treaty, the four countries agree to respect the Pacific holdings of the other signing parties; to confer with them in case of territorial dispute among the Four; and mutual consultation with each other if their rights in the pacific should be threatened by an outside Power.

[1] Department of State Publication. (1938). "Treaty between the United States of America, the British Empire, France, and Japan, Signed at Washington December 13, 1921." in Papers Relating to the Foreign Relations of the United States 1922: Volume 1. Washington, DC: Department of State Publication.  Retrieved from: http://avalon.law.yale.edu/20th_century/tr1921.asp.