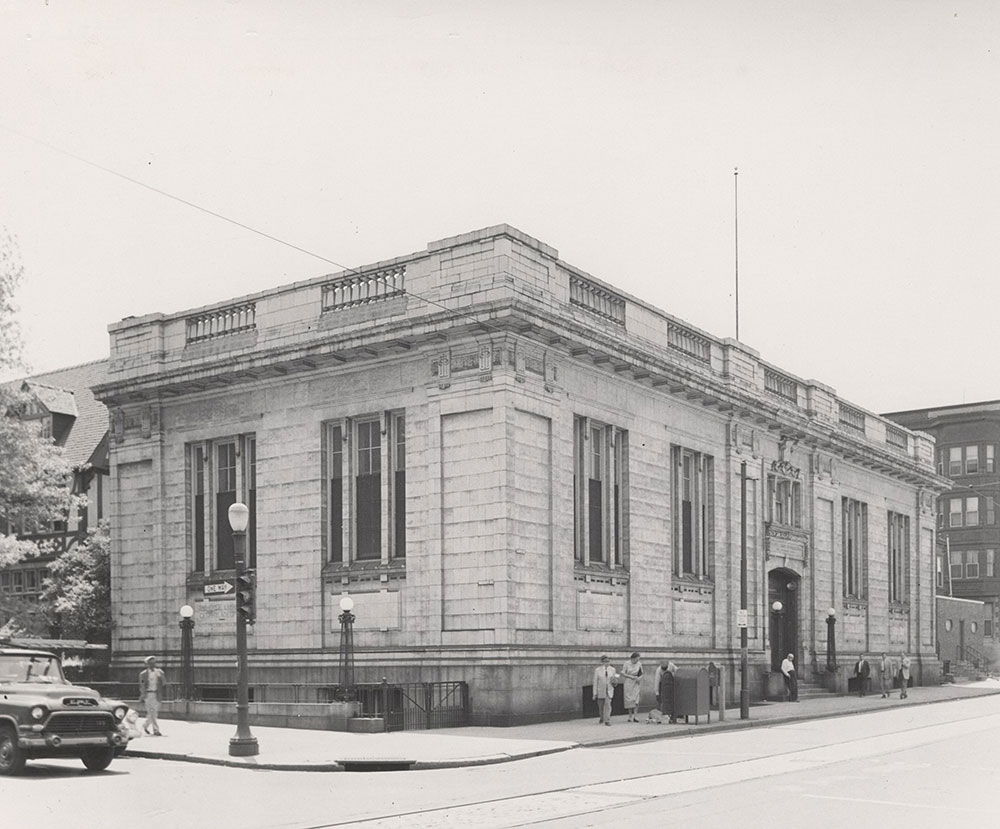 On June 26, 1906, the branch moved into the first of the Andrew Carnegie-funded branches, located at 40th and Walnut Streets.  This 1958 exterior view shows little changed since it opened, except for different street lighting and surroundings. The next year, the exterior saw extensive remodeling, especially the moving the of the 40th Street entrance around the corner to Walnut Street. Ironically, the entrance was moved back to 40th Street in the late 1990s.