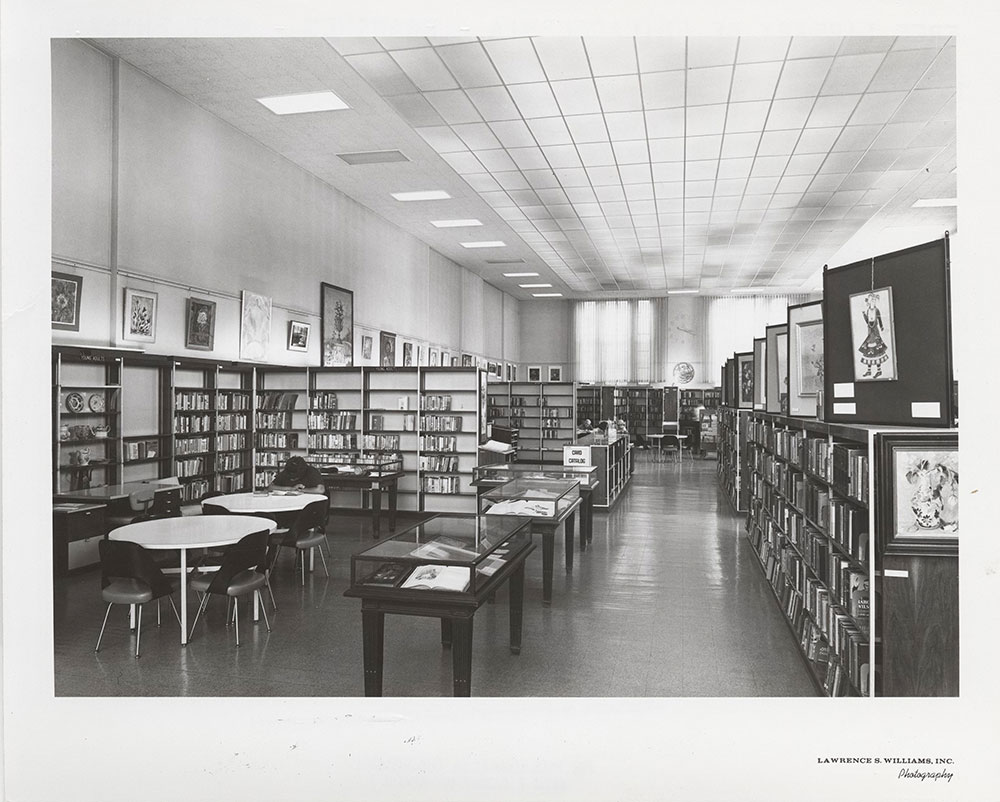 On June 26, 1906, the branch moved into the first of the Andrew Carnegie-funded branches, located at 40th and Walnut Streets.  In 1960, the branch was remodeled. In comparison with the previous 1960 image (#pdcf00532), this 1966 interior view shows greater warmth in the decor and furnishings.