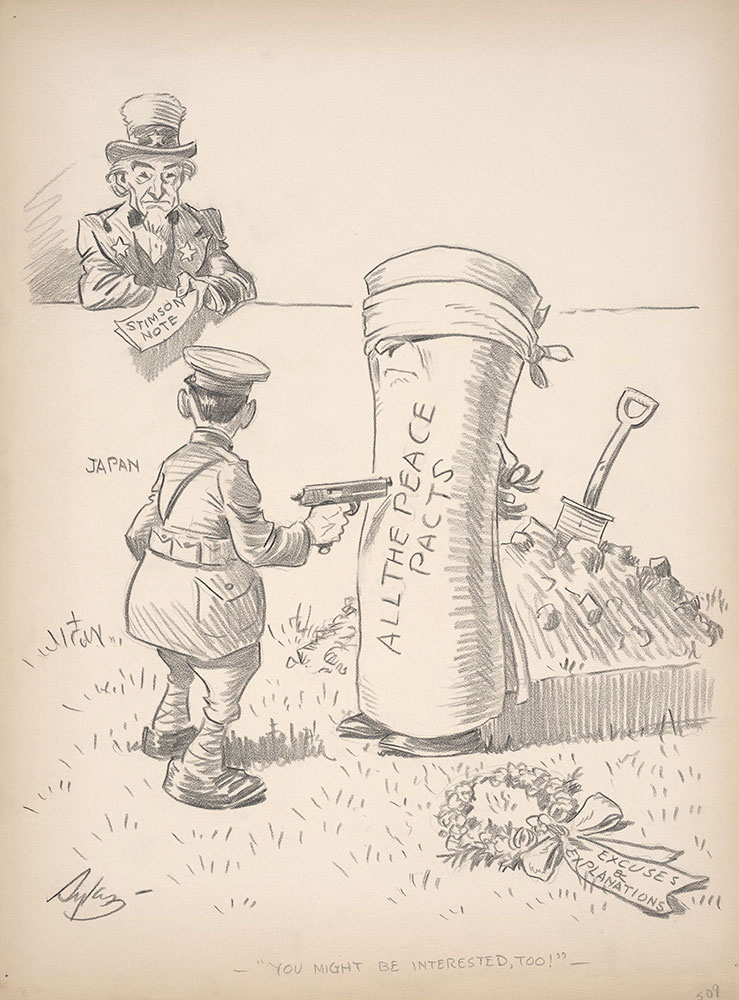 Japan is about to kill the peace.

The Japanese military occupation of Manchuria in late 1931 placed U.S. Secretary of State Henry L. Stimson in a difficult position.  It was evident that appeals to the spirit of the Kellogg-Briand Pact (a 1928 international agreement in which signatory states promised not to use war to resolve "disputes or conflicts of whatever origin they may be, which may arise among them") had no impact on either the Chinese or the Japanese.  The secretary was further hampered by President Hoover's clear indication that he would not support economic sanction as a means to bring peace in the Far East.  On January 7, 1932, Secretary Stimson sent identic notes to China and Japan stating that the United States would not recognize any changes made in China that would curtail American treaty rights in the area and that the "open door" must be maintained.  The Japanese, however, were not dissuaded by non-recognition and continued their aggression.  Later the note became known as the Stimson Doctrine, or sometimes the Hoover-Stimson Doctrine.