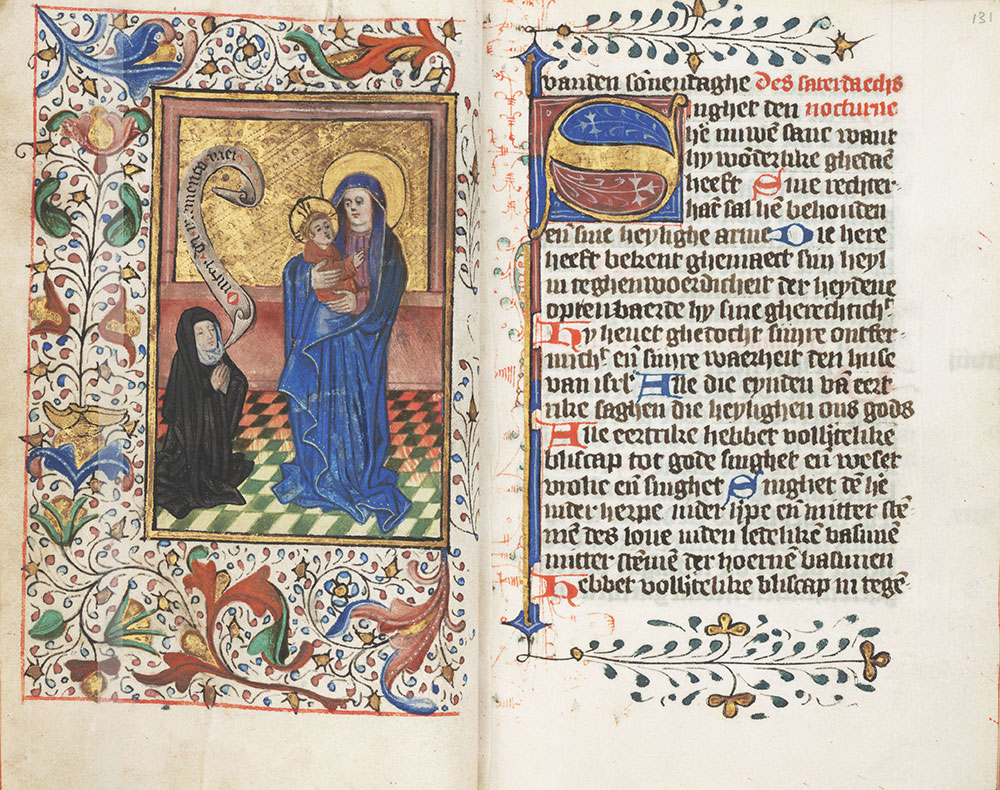 
Notes: The Virgin and Child with an adoring nun, beginning Psalm 97
Notes: This opening begins the second volume of a combined psalter and book of hours written in Dutch rather than the usual Latin. Unlike most areas of Europe, devotional manuscripts produced in the Netherlands tended to be written in the vernacular language, a consequence of the spiritual movement popular in the region known as the Devotio moderna (Modern Devotion). Because of the movement's emphasis on personal devotion practiced through pious reading and writing, many devotional texts such as the psalter and the texts associated with book of hours were translated into the language spoken and read by the majority of its followers.

This miniature includes a nun, probably the first owner of the manuscript, praying to the Virgin and Child. Her scroll, which signifies her speech, is inscribed with a prayer asking the Virgin to remember her in heaven. This manuscript was painted by one of the few Netherlandish illuminators for whom we have a name: Antonis Rogiersz. uten Broec, who was mainly active in Utrecht in the 1450s and 1460s.
Sirsi Catalog Key: 1547292
Country: Country:Netherlands 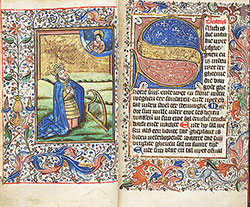 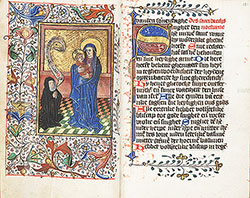 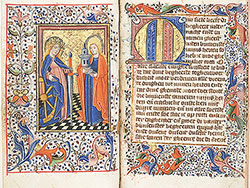 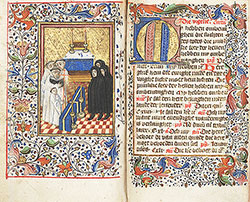