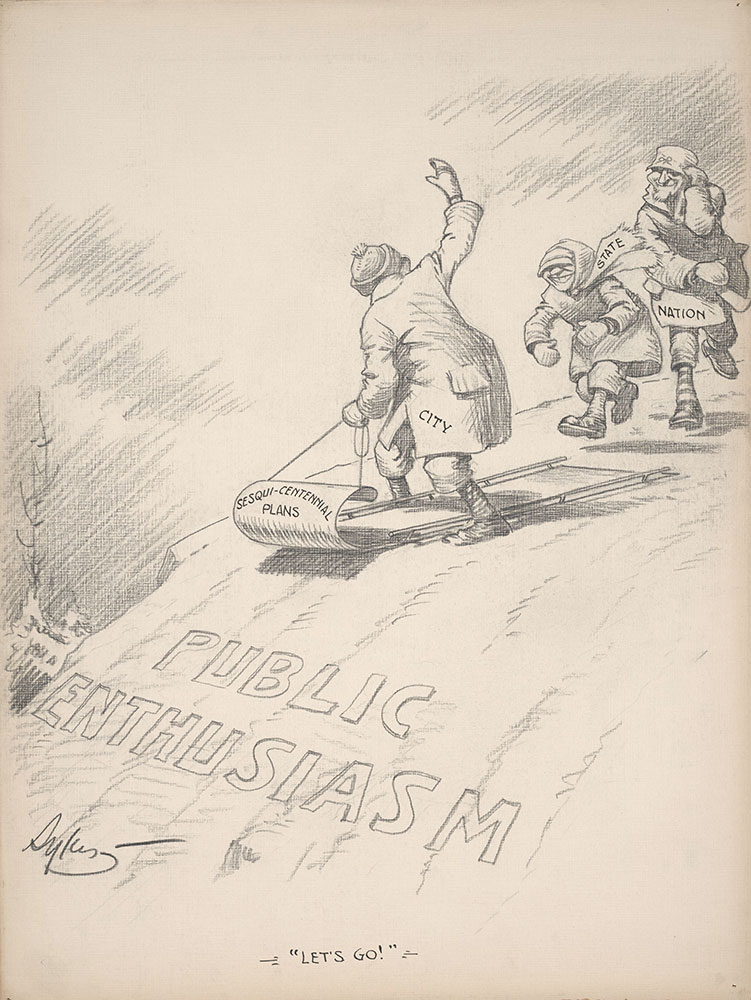 Planning for the Sesqui-Centennial Exposition in Philadelphia began in 1920.  Because of the success of the Centennial Expostion, this celebration was also thought likely to suceed.  There were many supporters of the Sesqui-Centennial, such as Samueal Rea, president of the Pennsylvania Railroad.  "Mr. Rea is definitely committed to the most worthy and fitting celebration that will be a credit to the State and nation consistent with the necessary limitations of time and adequate finances," said [Colonel Franklin D'Olier].  Even President Harding signed a bill giving Federal sanction to the Sesqui-Centennial.

A letter in the newspaper from the president of a real estate company stated what an honor the Sesqui-Centennial would be and asked for public support.  "The world now knows that the 150th anniversary of the signing of the Declarartion of Independence will be fittingly and elaborately celebrated in this city, and everything is ready for an immediate start on the comprehensive plans.  In the phrase of the hour, then:  Let's go!

However, not everyone was on board with the plans.  Martin Wilson, Associate Professor of History at East Stroudsburg Univeristy, writes:  "Planning also was hampered by a lack of public enthusiasm. Attempts to get city residents to fund the exposition by buying shares in the SCEA were unsuccessful. Residents also actively protested the original proposed site for the fair in Fairmount Park. Worried that taxes would be increased for an enterprise that would only benefit real estate and commercial interests, they argued that Philadelphia needed housing and new infrastructure, not an international party.  Church leaders warned the fair would attract criminals and other undesirables. Labor feared higher prices resulting from increased numbers of visitors to the city. Because unemployment was low, they saw no need for temporary jobs, which they believed would attract people from out of the city and add to competition for jobs after the fair. Management feared higher wages and losing workers to jobs at the fair ground."