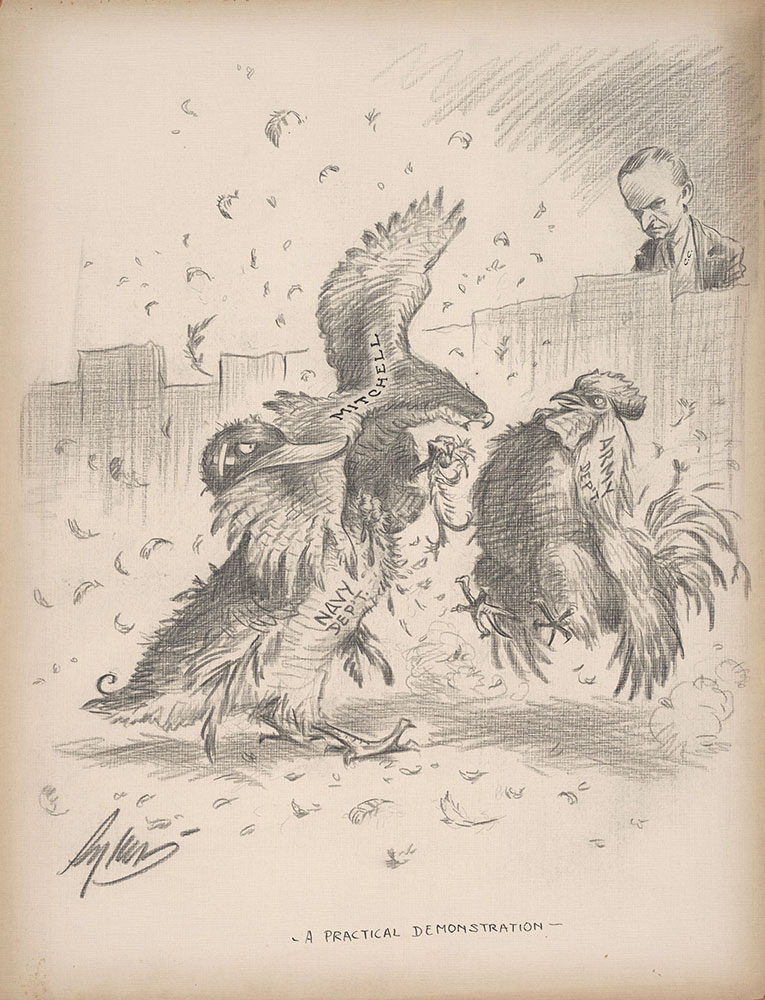 By World War I, [Mitchell] had realized the significance of the airplane....  Declaring in 1921 that "the first battles of any future war will be air battles," Mitchell became an outspoken critic of the government's failure to develop the Air Service. When the House Naval Affairs Committee refused to let him demonstrate air power by bombing former German ships that had to be destroyed under the Armistice agreement, he went public, earning so many headlines nationwide with his descriptions of Navy vessels as "sitting ducks" that the House Appropriations Committee approved his plan.  Mitchell's bombers easily sank an old American battleship and a German submarine, cruiser, destroyer, and battleship.

Mitchell exhausted himself appearing before clubs and organizations, prophesying the air power of Germany, Russia, Italy, and Japan. Before a Congressional inquiry, he accused Army and Navy witnesses of "deliberate falsification of facts with intent to deceive the country and Congress."

The people have placed their trust in the War and Navy Departments, to provide a proper defense for the safety of the nation. It has not been done. I consider this failure to be… the criminal offense of treason.

Precisely as he had predicted, on December 7, 1941, the Japanese, without formally declaring war, destroyed Clark Field in the Philippines and the "sitting duck" U.S. Navy fleet at Pearl Harbor by aerial bombardment.