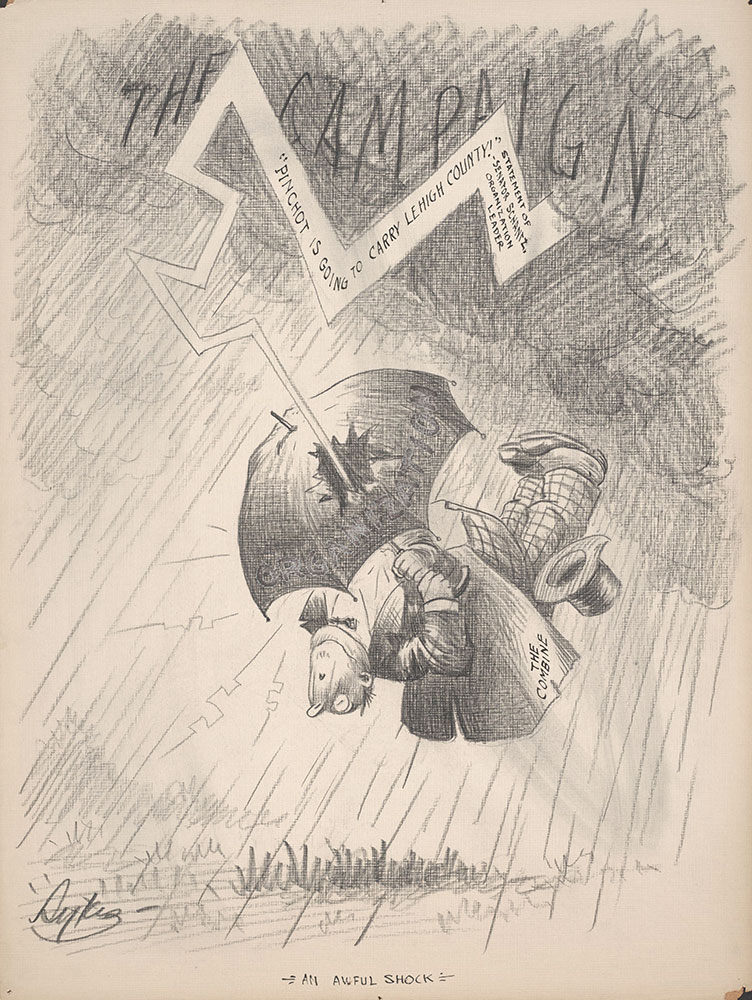 "Until long after midnight this morning the little handful of G. O. P. bosses that had hoped to take over the control of their party since the death of Senator' Penrose struggled in Philadelphia to find the compromise candidate for Governor. There is no such harmony man. In the nature of things there cannot be one now. The Capitol Hill Combine has been defeated at its own game. Should one man be picked it would be for the purpose of trying to defeat Pinchot at the primaries, and then there is the possibility that Fisher would not get out of the race. ‘The bosses are excited and many of them are willing today to follow the lead of the Governor and come out for Pinchot. Many of them knowing they cannot put a crimp in his campaign want to show the Grundy element their strength by turning against Fisher. The situation is without parallel in Republican Pennsylvania.

"The Public Ledger, Republican, seeing the way things are going in the party, today came out strongly in support of Pinchot for Governor. It has been leaning his way for some weeks and even in those days when some of the Combine men believed they had a chance."