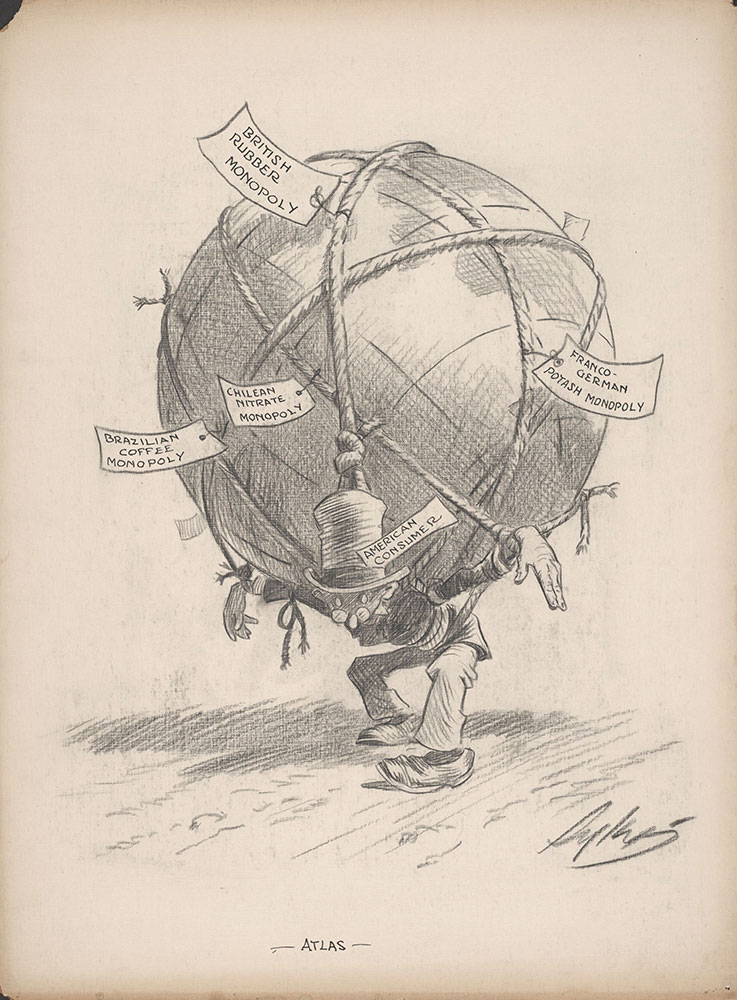 In the 1890s Chile practically monopolized the production of natural nitrate, supplying almost four-fifths of the nitrogen used in the world. But by the turn of the century, Chile’s monopoly was eroded by new processes of synthetic nitrogen production. Still, in the absence of cost-efficient synthetic production methods, Chilean saltpeter still accounted for over 50 percent of the world’s production of nitrogen in 1913.

"The issue of public versus private control also dominated the Muscle Shoals controversy.  The administration, including Hoover, strongly favored private as opposed to federal development of the site, but the strongest private development proposal, that from Henry Ford, did not guarantee enough nitrate production to satisfy farmers' needs....Aside from the pressure from farmers to activate the Muscle Shoals installation, what mostly kept the Ford bid viable in Hoover's eyes was the fact that he believed Chilean nitrates to be controlled by a monopoly comparable to the British rubber monopoly."

"Between 1906 and 1927, Brazil...progressively implemented a series of control measures...Brazil consequently became the first producing country to compete successfully with the powerful brokerage firms, eventually emerging as a leading player in the international market....By maintaining international proces single-handedly, Brazil was in fact providing all coffee growers in the world with protection, for which it was the only one to pay the price."

"Before the war [potash] had been a Prussian monopoly.  The whole world was dependent upon Germany for an indispensable plant food, a fact which entered deeply into the calculations of the German militarists as to how they should run the world after the German victory.  But after the war France had the potash beds...whereupon the French and Germans agreed to handle the potash as a joint monopoly and divided between them the markets of the world.  During the war potash in this country [U.S.] went from $40 to $400 a ton because we were cut off from the German supply and our soil was starving for it."