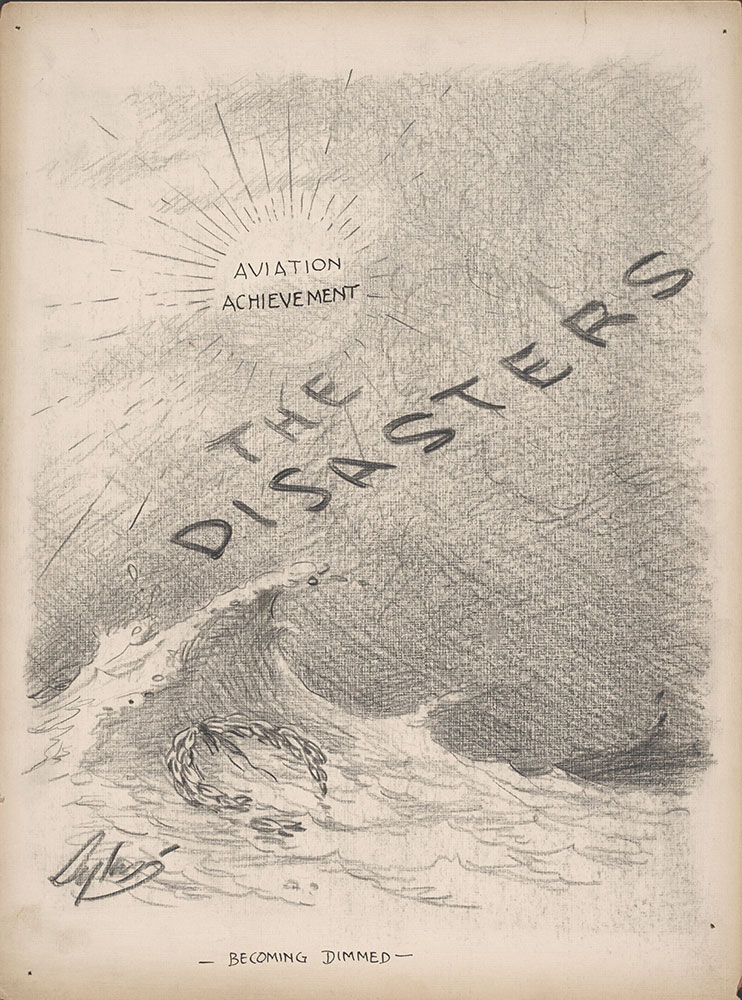 A laurel wreath is being swept away by a wave, as clouds (disasters) begin to cover up the sun (aviation achievement).

"The 1930s were known, for good reason, as the "Golden Age of Flight". Technical advances in aviation technology fuelled by the Great War, combined with swiftly developing mass-production, and an increasingly global network of industry and trade, would take commercial air travel from a novelty and a luxury at the start of the decade, to a necessity by its conclusion. Throughout the world, air lanes were opening, and the most remote regions were gradually being connected to the rest of the world by air."