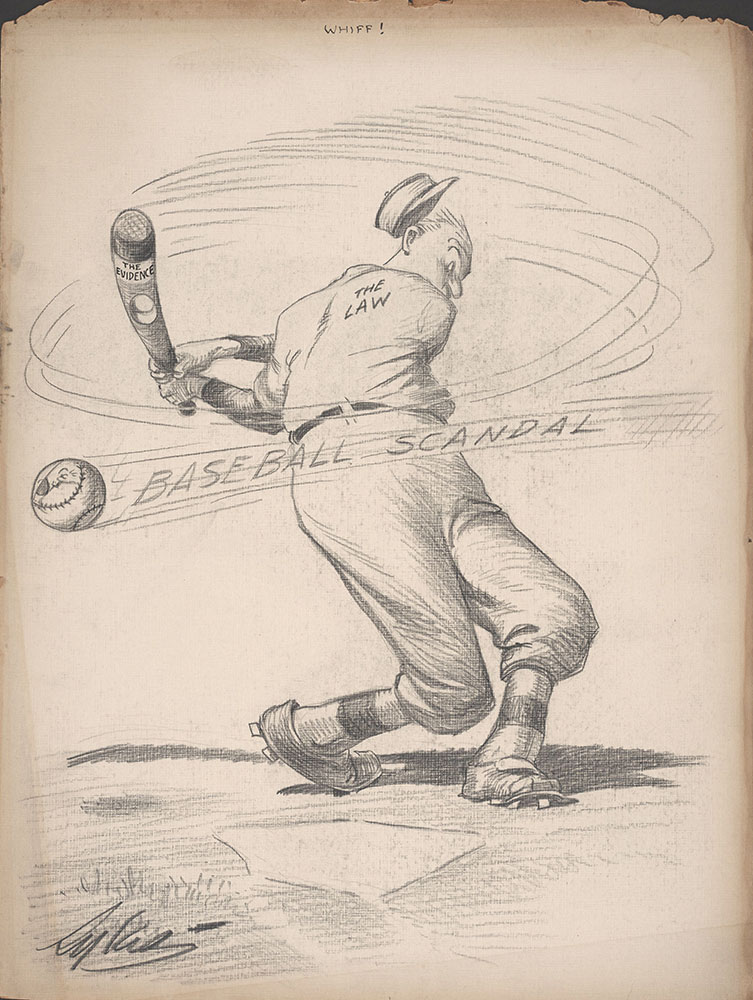 "The State today dropped the cases against all of the Chacago White Sox players indicted for the alleged throwing of the 1919 world series except "Chick" Gandill.

"Mr. Crowe, in his announcement that the cases were dropped, said he 'was convinced a crime had been committed, but that corruption of the state's principal witnesses made it impossible to go on with the case....With their evidence available we would have a clean cut case against these men and be sure of obtaining convictions.  WIthout their evidence our case is hopeless.... Also, a news syndicate in some underhanded way obtained copies of the grand jury testimony and offered it for sale.  Thus it has become plain that the defense was in full possession of all of our evidence, and to proceed would be useless.'"