Overlooked, Somehow, In the Fall House-Cleaning 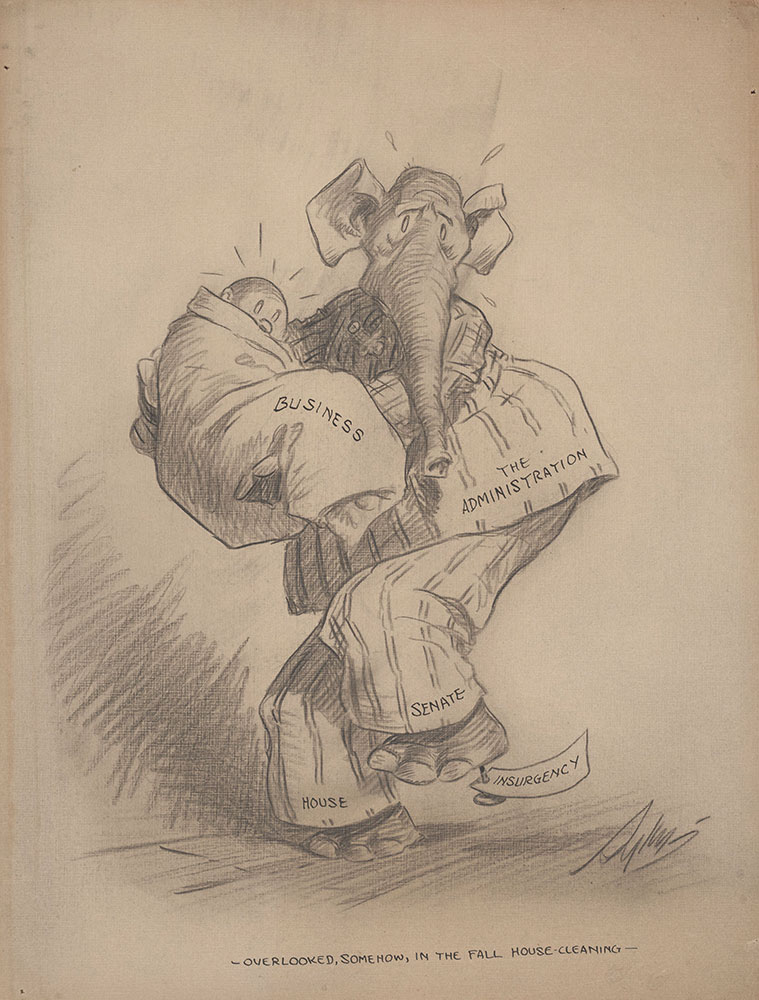 "For the Republicans much of the politics of the 1920s reverted to pre-1912 patterns.  Once more the Old Guard bosses and their big business allies, backed by electoral majorities in the Northeast and Middle West, prevailed.  The Republican insurgents drew upon much of the same following and often the same leaders as earlier.  La Follette, Norris, Borah, and others resumed their previous struggles within the party and in Congress.  Postwar dissidence against the Republicans also spawned such separatist movements as the Non-Partisan League on the Great Plains, the Farmer-Labor Party in Minnesota, and La Follette's presidential candidacy on a Progressive ticket in 1924.  Even the national convention, the bastion of Republican pro-business conservatism, did not remain immune to a leader who drew upon Roosevelt's methods, policies, and appeals.  In 1928 the party forsook its prior devotion to Harding's genial complacency and Coolidge's masterly inactivity to nominate a dynamic presidential candidate [Herbert Hoover] from outside regular channels."

Cooper, John Milton. The Warrior and the Priest: Woodrow Wilson and Theodore Roosevelt. Cambridge: Belknap of Harvard UP, 1983. 346. Print.