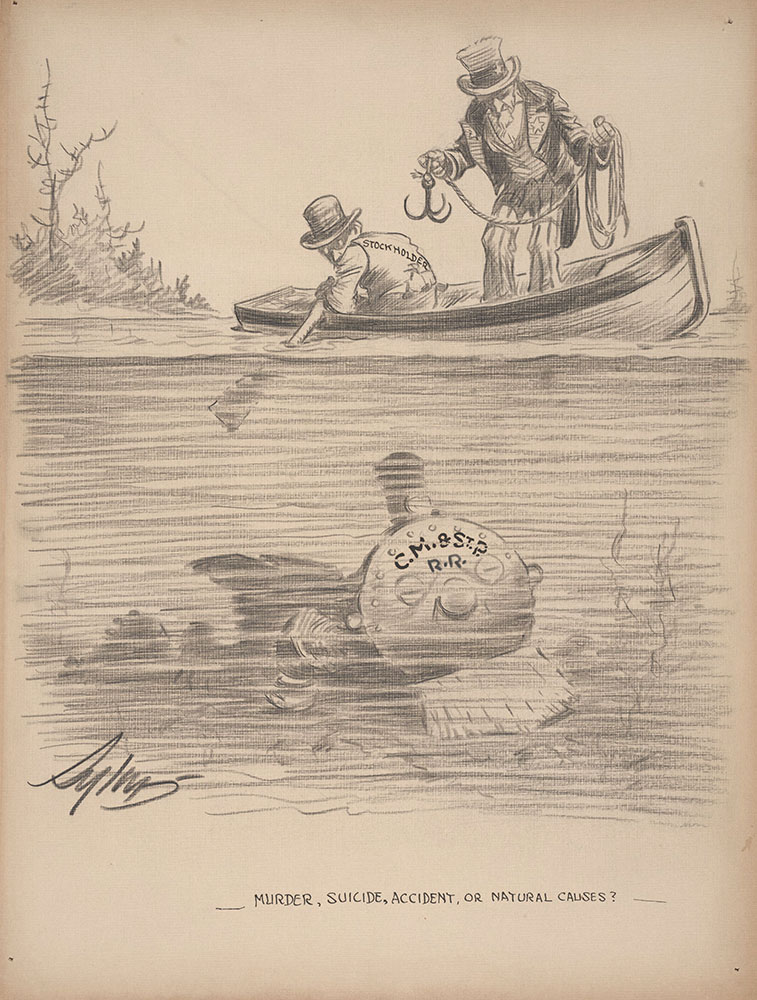 In 1874, one year after it completed a new line between Milwaukee and Chicago, the railroad became known as the Chicago, Milwaukee & St. Paul Railway Co. Between 1874 and 1887, the amount of track owned by this road—which operated mainly in Illinois, Wisconsin, Iowa, and Minnesota, but eventually reached Seattle—grew from 1,400 miles to nearly 5,700 miles. Over the same period, annual revenues rose from $3 million to $10 million. The company's general offices moved to Chicago at the turn of the twentieth century. By 1919, the Milwaukee Road's track exceeded 10,000 miles. The following decades were difficult ones for the company, which entered bankruptcy both in 1925 and again during the Great Depression.

The electrification was successful from an engineering and operational standpoint, but the cost of building the Puget Sound Extension and electrification had cost $257 million, not the $45 million the road had originally budgeted for reaching the Pacific. The debt load and reduced revenues brought the road to bankruptcy in 1925.