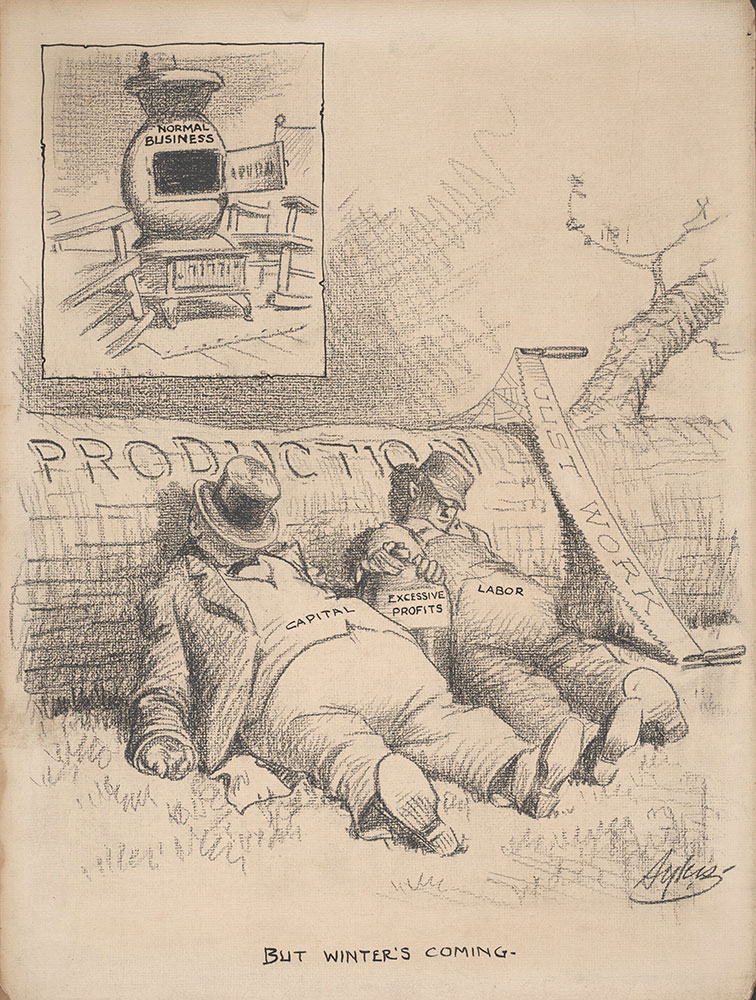 "No issue ignited the partisan divide in postwar America more than the nationwide labor strikes of 1919-1921. The "labor vs. capital" battle pitted industrial workers who demanded higher wages in the postwar inflation economy against the industrialists who rejected unions as the product of foreign-inspired anarchist and Bolshevik (Communist) agitators. The general public, angered by the strike-induced product shortages and frightened by the postwar unrest that fueled the Red Scare, overwhelmingly sided with 'capital.'"

"The country is suffering now because we have not produced enough to make the products plentiful.  The remedy is not to decrease production by stopping work, nor by working fewer hours a day; but to do our utmost to mine more coal, raise more meat and potatoes and wheat and manufacture more clothing."