Can't Seem To Make an Impression 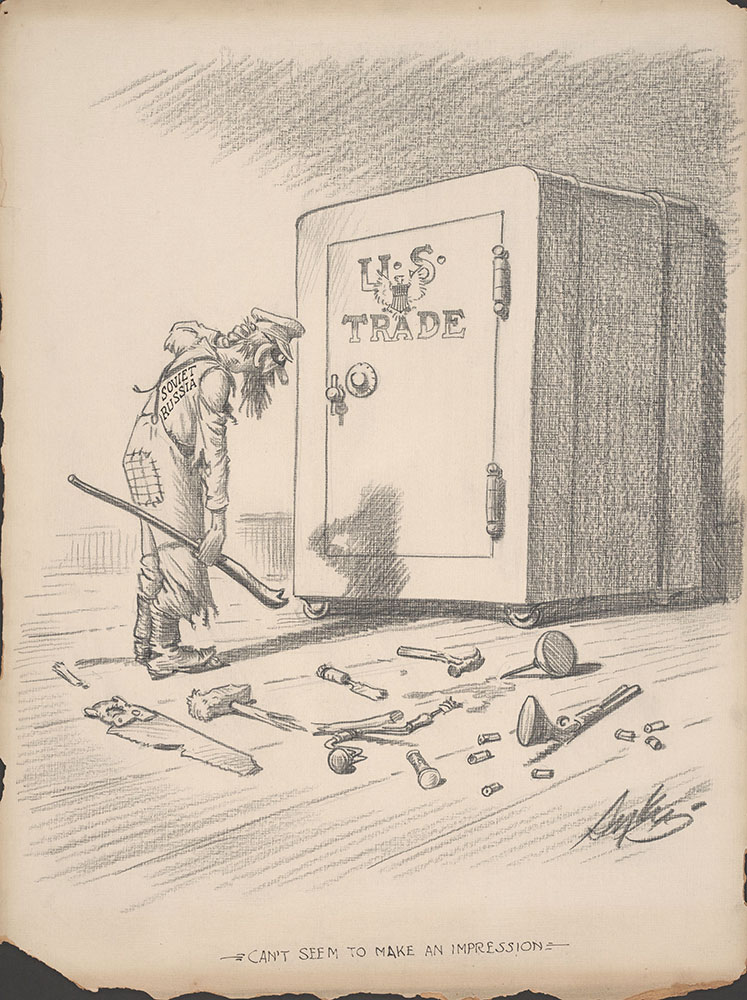 "Government officials remained noncommittal today regarding the possibility of a resumption of trade relations between the United States and Russia, as proposed in the message from the Soviet Government to President Harding and the American Congress offering to send a delegation to this country to negotiate an agreement to that end."

"There is no doubt that the sentiment here generally is opposed to following England's lead in regard to Russia.  Bolshevism is just as much hated and feared as ever.  The argument is made that a trade agreement with Russia, though not formally a recognition of the Soviet Government, is a step in that direction; that it will strengthen the hands of Lenine [sic] and perhaps enable him to continue in power."

"...[A]nd the majority of the people must admit if we opened up trade relations with Russia it will mean prosperity for both this country and Russia.  Why should this country refuse to do business with Russia just because there is a difference in government, or does "Uncle Andy" believe in kicking a man when he is down?"