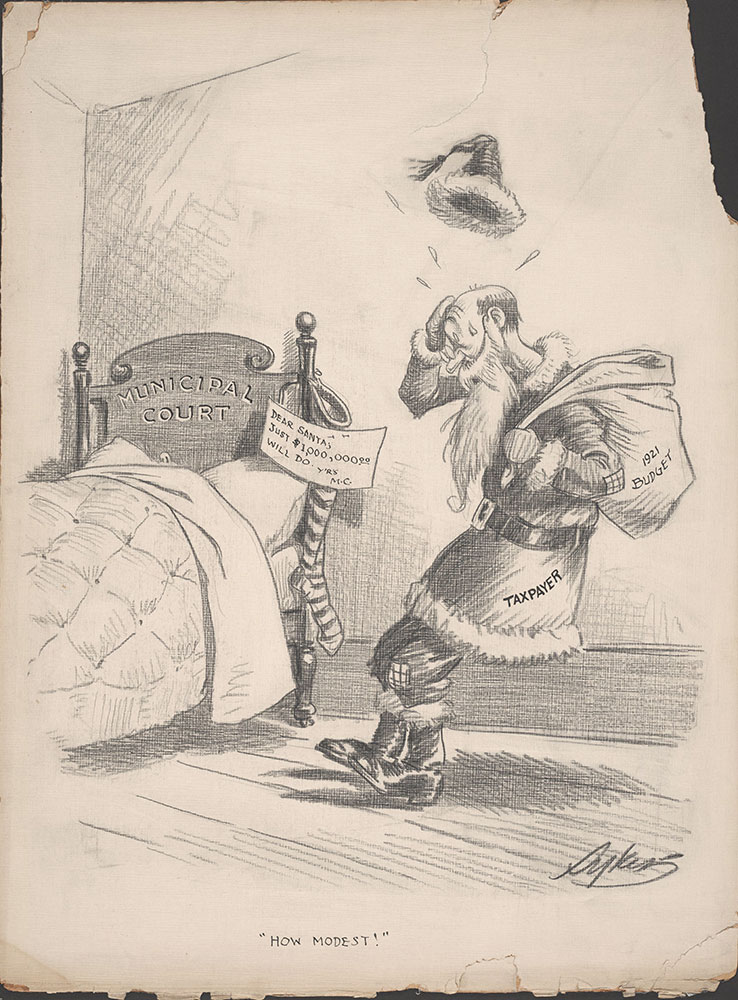 "City Council last night tentatively approved the Municipal Court payroll of nearly $1,000,000, as part of the city budget for 1921.  The payroll will be considerably smaller before it is approved finally by the appropriating body of the city government, Councilman Develin declared after the hearing.  Mr. Develin said he was able only to 'scratch the surface' at last night's hearing, but that he hoped to go deeper into charges against methods of the court before final passage of the item."

"Councilman James A. Develin, who has been making a lone fight in Council against the huge demands of the Municipal Court, is known to be investigating the army of employes [sic] inscribed on the payrolls as probation officers, investigators, social workers and tipstaves."