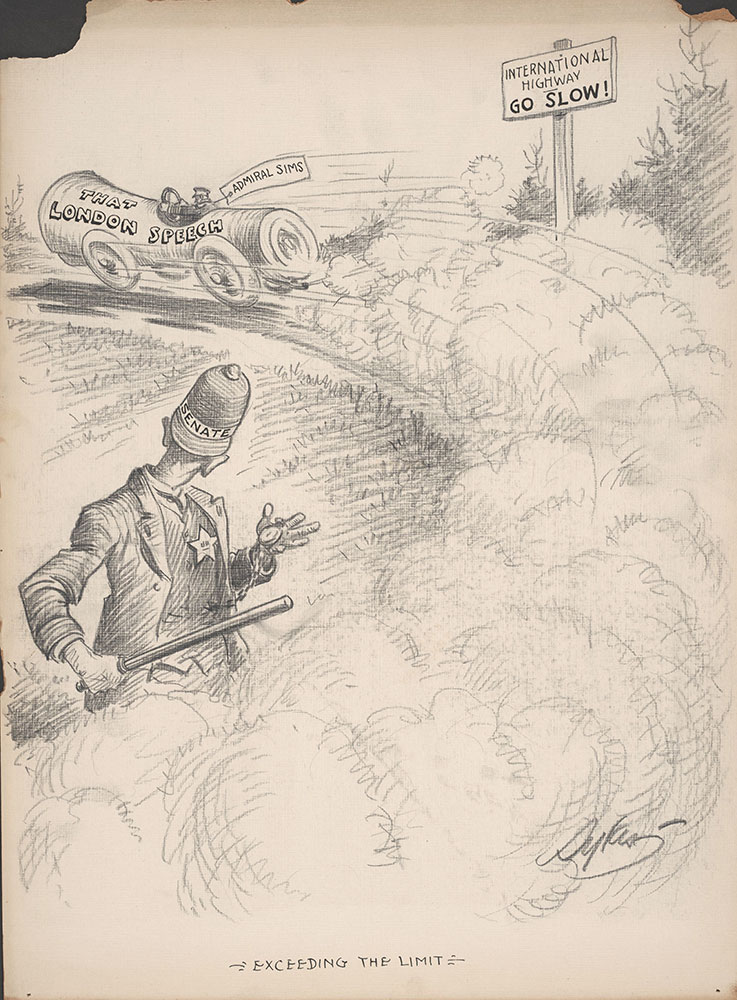 Rear Admiral William S. Sims, U. S. N., advised Britons and Americans to disregard 'dangerous propaganda circulated in America by your enemies and ours,' in addressing a luncheon of the English-Speaking Union here today.

'I do not want to touch on the Irish question, for I know nothing about it, and I haven't found any Englishman who does.  But there are many in our country who technically are Americans, some of them naturalized and some born there, but none of them Americans at all.

'They are Americans when they want money, but Sinn Feiners when on the platform.  They are making war on America today.'"

"The Navy Department's attention formally was called to the London speech by Senator McCormick, of Illinois, who also made representations on the subject in the White House.  The air is filled with the inevitable forecasts of stern disciplinary measures against Admiral Sims."