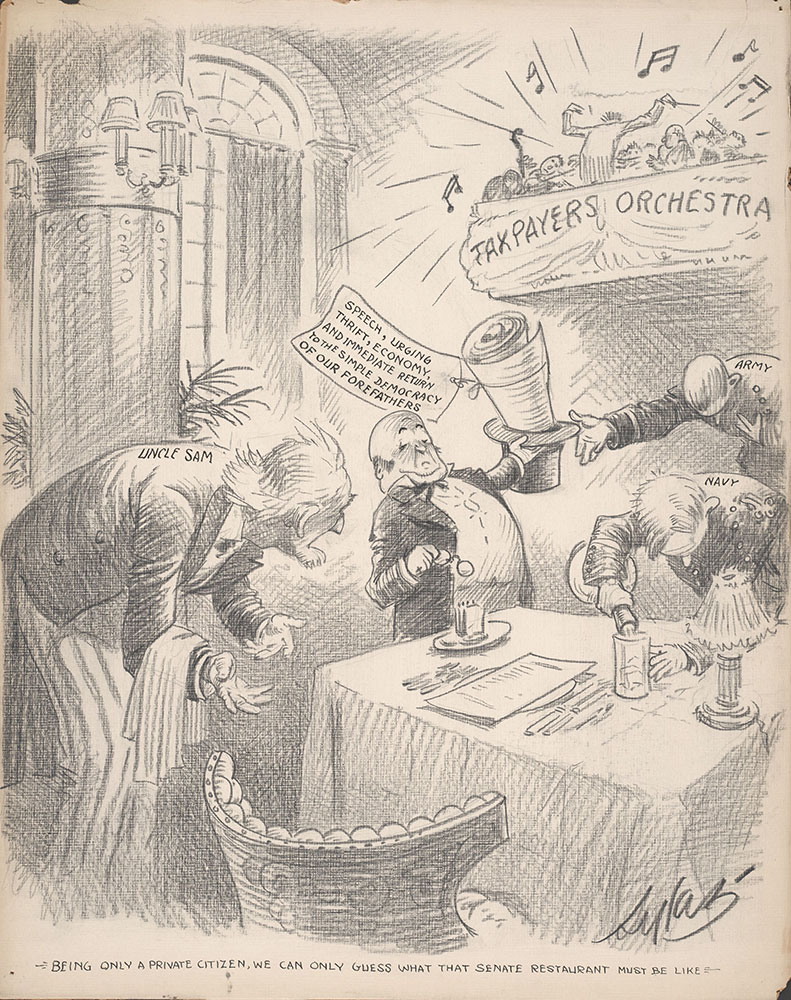 "In the basement rooms under the two great wings of the National Capitol were two restuarants.  One was for the House, the other was for the Senate.  They were in some ways old-fashioned and suggestive of the eighties.

"...The members of the House liked to see standgers eating in their restaurant.  The members of the Senate did not....  The Senate has withdrawn for the summer to a brightly and luxuriously appointed eating place on one of the Capitol porticoes.  It has established a barred zone. 'At last, thank heaven,' the Senate seems to say, 'we can be alone.'"

"There could be no rational objection to a Senator's desire to sit down to meals in the open air, in an atmosphere of appointments suggestive of Palm Beach or the Riviera.

"But this Senate isn't merely gratifying its esthetic sense.  It appears to be desirous of getting as far away from the country as it can without taking ship for foreign lands.  And it has succeeded at last."

Sykes, Charles Henry. "Being A Plain, Ordinary Citizen, We Can Only Guess At What That Senate Restaurant Must Be Like." Evening Public Ledger (Philadelphia, PA). 1921, May 25: p. 10.