As Was And Is 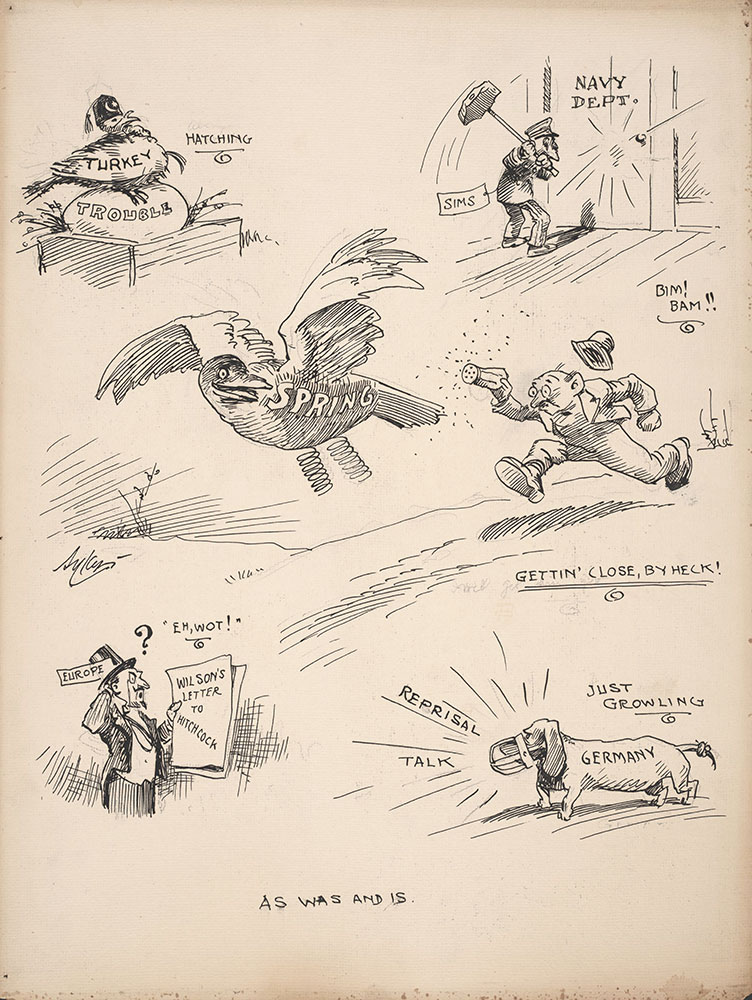 "Dispatches from London indicate that Turkey is the first danger point.  The Bolshevik occupation of Transcaspasia creates the probablility of the passing of the Caucasus, and a junction with Mustapha Kemel Pasha, head of the Turkish nationalists, including a union of bolshevism and Mohammedanism.  This junction made, Mesopotamia is threatened and the whole strong of Moslem British possessions threatened."

"We do not at the moment recall the number of volleys to which an admiral is entitled, but if the charges of Admiral Sims are sustained we venture the opinion that at least one big gun should be fired." pg 10

"Documentary evidence in support of his charge that the Navy Department failed to keep him informed as to its policies and plans was presented today by Rear Admiral Sims to the Senate investigating committee." pg 1

"The following is the text to President Wilson's letter to Senator Hitchcock, outlining his beliefs in regard to treaty reservations:

"My dear Senator Hitchcock--I understand that one or two of your colleagues do me the honor of desiring to know what my views are with reference to Article X of the League of Nations and the effect upon the league of the adoption of certain proposed reservations to that article.  I welcome the opportunity to throw any light I can upon a subject which has become so singularly beclouded by misapprehensions and misinterpretations of every kind."

"It was authoritatively denied here today that Germany had informed Belgium of the annulment of the German-Belgian financial agreement.

"A Berlin dispatch yesterday quoted the Zeitung am Mittag as declaring that Germany had notified Belgium that the German-Belgian financial agreement must be annulled because of Belgium's participation in the extradition demands."