Have at Thee, Villian! 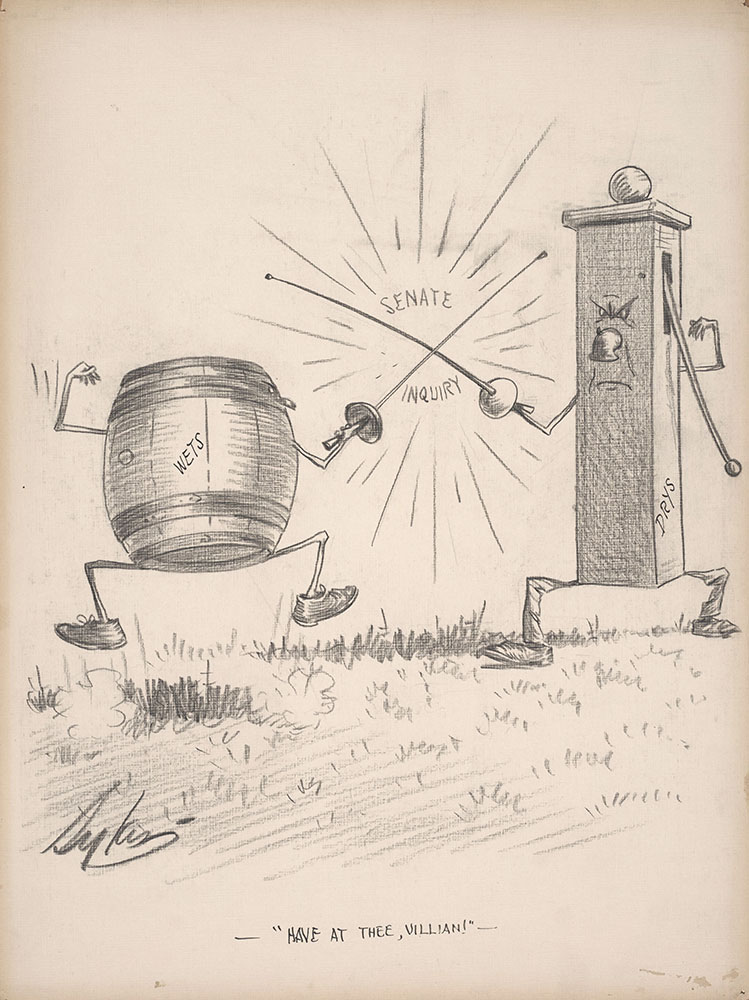 "More back firing on the prohibition question was heard today in both houses of congress as the senate judiciary committee prepared to discuss tomorrow the legality of President Coolidge's order authorizing the employment of state and local officers as federal enforcement agents.

"The order was defended in the house by Representative Swing, Republican, California, in whose state it is first to be put into effect.  Hew said it was not in conflict with the consitution, was not in conflict with the constitution, was not without precedent and added that he felt confident the people of California as a whole would be glad to co-operate with federal officials in enforcing the dry law."

"The Senator [Edwards, Democrat, New Jersey] described the legislative order and the Goff bill as 'flagrant violations of our constitutional rights' and declared that if either is put into operation 'America will be metamorphosed into a slave market of one hundred million souls completely subjected to the tyranny of an odious and hateful law which has already hopelessly disrupted our age-old scheme of general law enforcement, and is breeding a nation of hypocrites and both active and potential criminals.'"