Where Are Those Peacemakers? 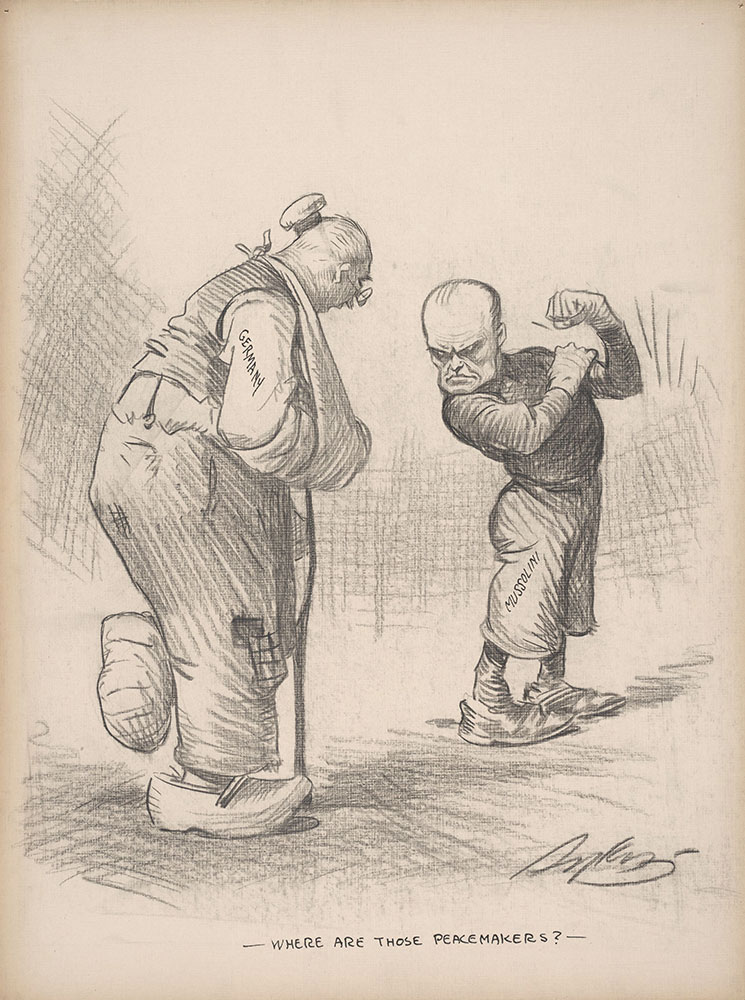 "The Paris correspondent of the London 'Times' reports:--

"Signor Mussolini was interviewed today by the 'Petit Parisien.'  Hew denied that his speech against Germany of February 7 was an impulsive gesture made in a bad temper.

"On the contrary it was the act of a responsible statesman drawing attention to an unsuspected peril.  He was sending thousands of former Italian servicemen to populate thickly the Adige to combat the pan-German menace.

"Nothing had changed in Germany.  MIlitary reviews continued, there were preparations everywhere, aviation, ostensibly civil, was being developed, and its technique being perfected.  No less than 24 air lines terminated in Berlin.  The railway militia was also being re-established, which meant that the General Staff was again controlling the railways."

Sykes, Charles Henry, 1882-1942 - Artist. Where Are Those Peacemakers?. [Cartoons (Commentary)]. Retrieved from https://libwww.freelibrary.org/digital/item/53836