Still Up in the Air 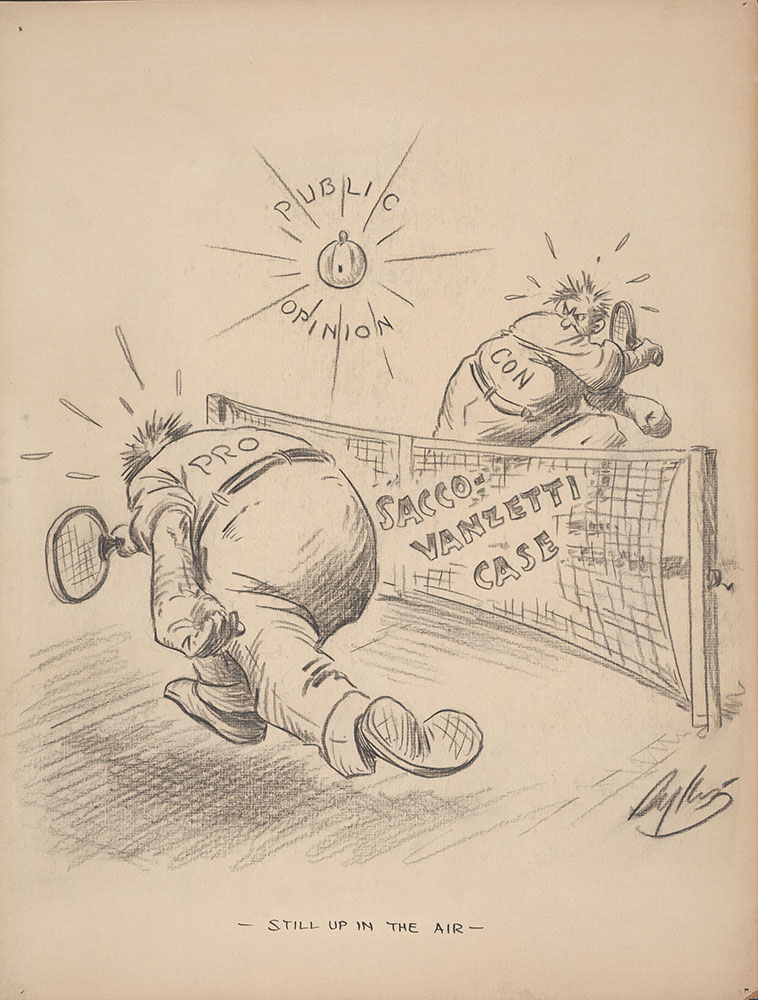 "During the 20th century, a number of trials have excited widespread public interest. One of the first cause celebrities was the case of Nicola Sacco, a 32-year-old shoemaker, and Bartolomeo Vanzetti, a 29-year-old fish peddler, who were accused of double murder. On April 15, 1920, a paymaster and a payroll guard carrying a factory payroll of $15,776 were shot to death during a robbery in Braintree, Massachusetts, near Boston. About three weeks later, Sacco and Vanzetti were charged with the crime. Their trial aroused intense controversy because it was widely believed that the evidence against the men was flimsy, and that they were being prosecuted for their immigrant background and their radical political beliefs. Sacco and Vanzetti were Italian immigrants and avowed anarchists who advocated the violent overthrow of capitalism.

"Their execution divided the nation and produced uproar in Europe."