Too Easily Seen Through! 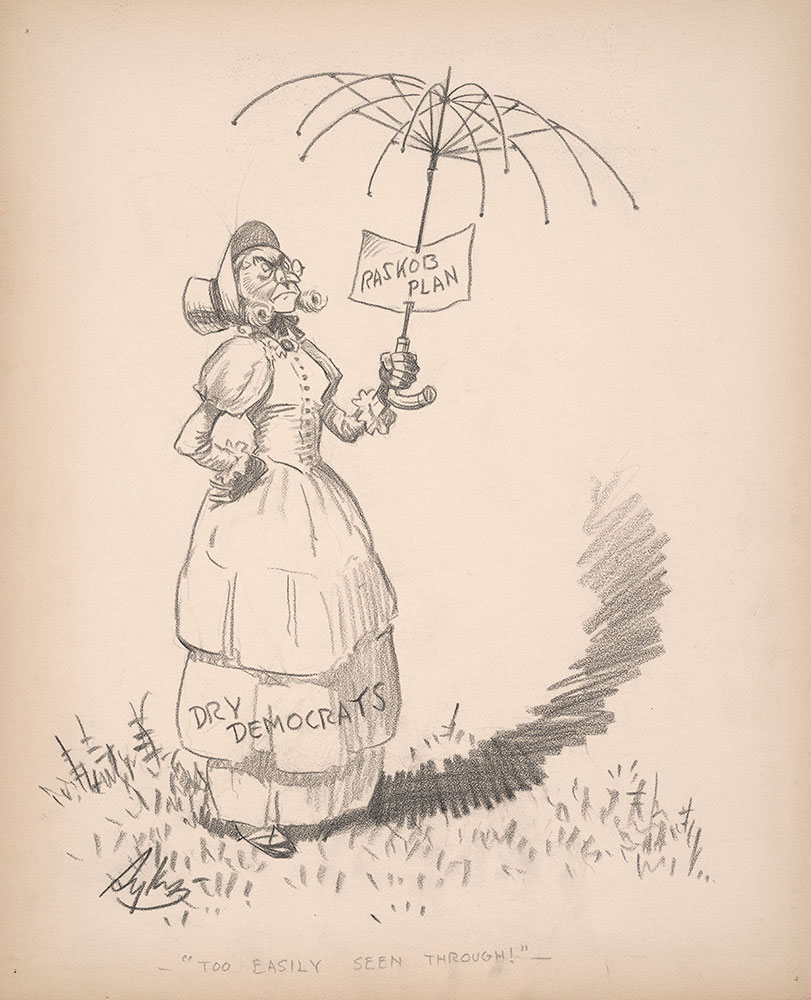 John J. Raskob, chair of the Democratic National Committee, supported and wanted Democrats to back move for giving the public a chance to vote on the question of prohibition. (Oct 27, 1930)

"[Prohibition] would continue the present regime until the States individually had chosen an alternative.  There would be no period of transition in which a legitimatized liquor traffic might re-establish its political dominance.  Further, [the Raskob plan] would return the problem to the States to be solved as each saw fit, with the one proviso that the solution be arrived at through a State-wide referendum.  Mr. Raskob believes that this condition would prevent the retun of the saloon anywhere, and we are inclined to agree with him....  Finally, it should appeal to the sentiment for State sovereignity which is traditional especially in the dry South."