Foiled Some More Yet 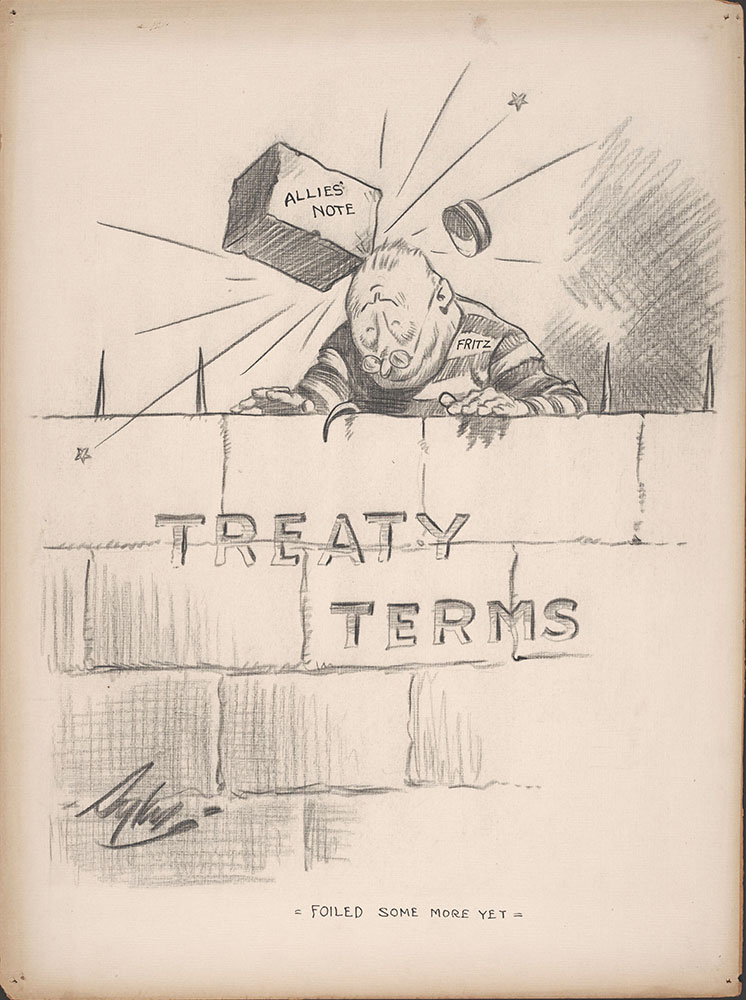 Germany ("Fritz") tries to ignore or go around the treaty terms, but the Allies reinforce the position with two Notes.

"Following an exchange of views the Allied Government agreed to the terms of two Notes, which have been forwarded to Germany."

"The first Note denies that military control would contribute to disorders, and insists on the resumption of the control, reserving the right to take such measures as may seem proper in the event of the Commission of Control being obstructed by the German authorities or the citizens.

"The second Notes deals with the Crown Prince.  It accepts the assurances of the German Note, but nevertheless declares that the Crown Prince's presence in German territory is likely to provoke serious complications for Germany at home and abroad.  It holds the German Government responsible for any consequences which might compel the Allies to confer upon measures necessary to deal with the situation."