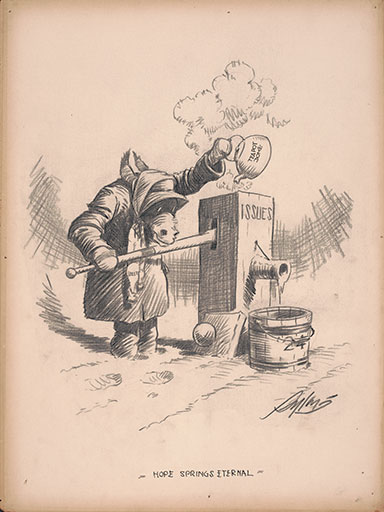 The Democratic party tries to warm up their issues and campaign, using the corruption of the Republican party in the Teapot Dome Scandal.

"In the 1920s, Teapot Dome became synonymous with government corruption and the scandals arising out of the administration of President Warren G. Harding.

"As the Teapot Dome scandal unfolded, Democrats gleefully planned a 1924 presidential campaign against Republican corruption. Teapot Dome was only the most dramatic example of corruption by Harding’s appointees. Other scandals had emerged in the Veterans Bureau and in the office of the Alien Property Custodian (responsible for the property of Germans and other enemy aliens during World War I)."