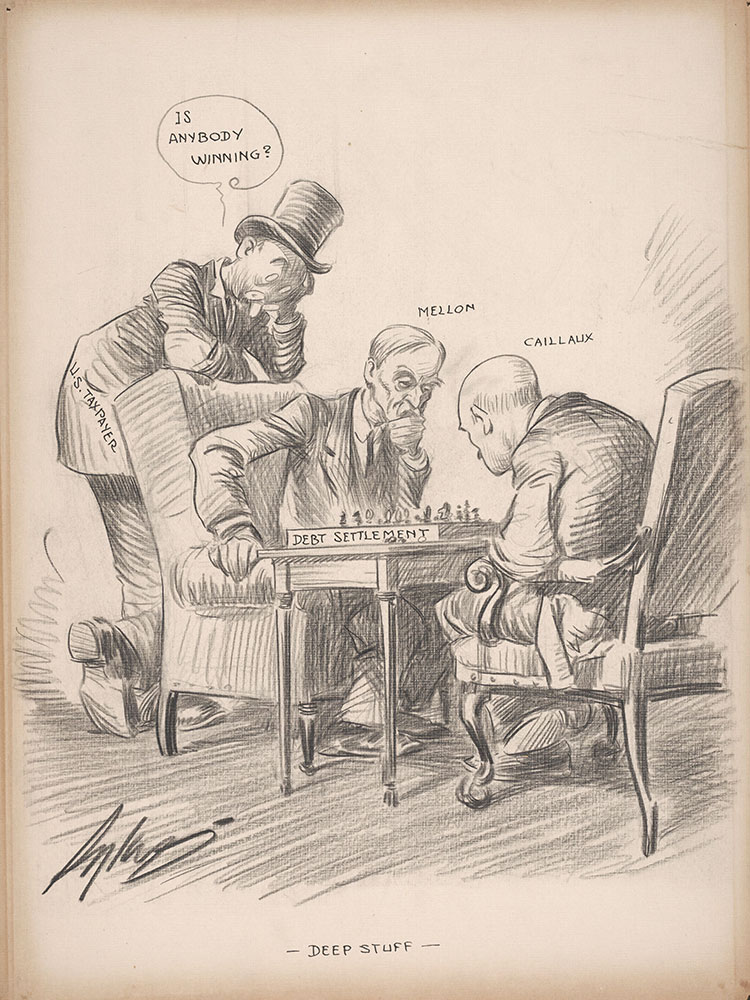 Caillaux and Mellon continue the chess game of debt settlement, as the U.S. taxpayers wait and watch.

"The first serious effort by the French Republic to negotiate a debt settlement with the United States was made in the autumn of 1925 when a French debt mission, headed by Joseph Caillaux, Minister of Finance, came to Washington to confer with the American World War Debt Commission....

"Two French offers were made and rejected.... On September 30 a final French offer was made. This offer contemplated the repayment of the French debt...over a period of 68 years, with no distinction made in the annuities between payments of principal and payments of interest."

Mellon reported:  "No acceptable proposition has been made to the American commission and none has been submitted to the Presidant for approval or disapproval."