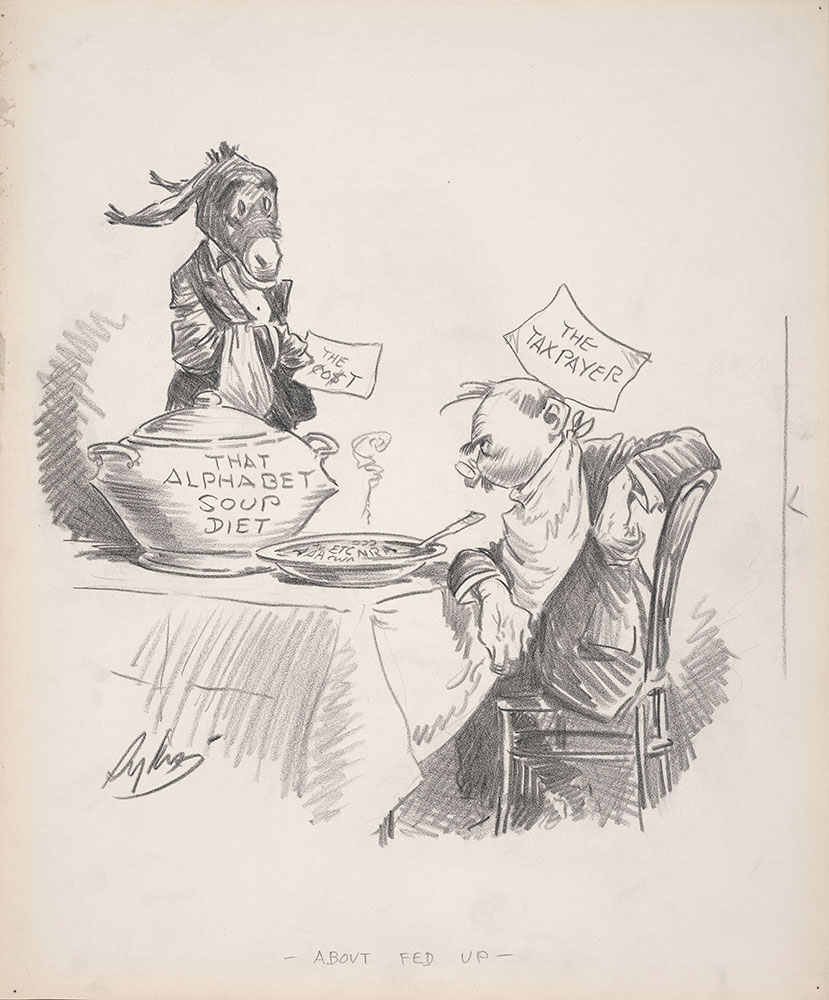 "The alphabet agencies (also New Deal agencies) were the U.S. federal government agencies created as part of the New Deal of President Franklin D. Roosevelt.  The earliest agencies were created to combat the Great Depression in the United States and were established during Roosevelt's first 100 days in office in 1933.  William Safire notes that the phrase 'gave color to the charge of excessive bureaucracy.'  Democrat Al Smith, who turned against Roosevelt, said his government was 'submerged in a bowl of alphabet soup.'"