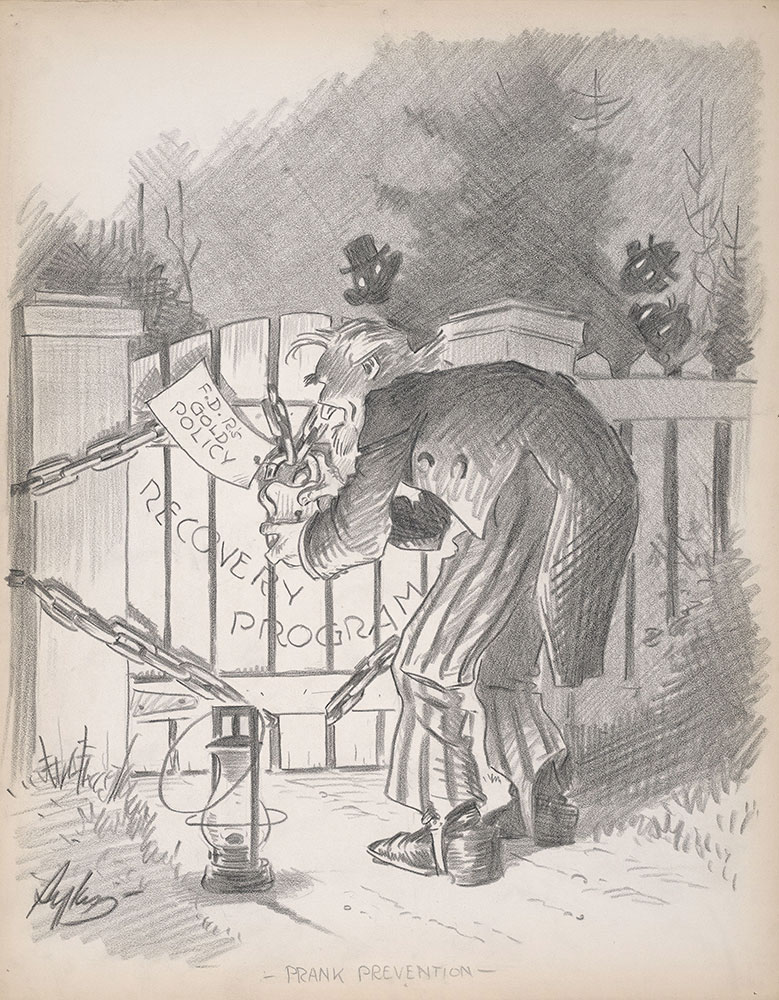 "Immediately after his election, Roosevelt began to formulate policies to bring about relief from the economic hardships the American people were experiencing. These programs became known as the New Deal, a reference taken from a campaign speech in which he promised a 'new deal for the American people.'"

"This [second phase of the Roosevelt administration’s gold policy] involved the deliberate devaluation of the dollar. The government did this by authorizing the Reconstruction Finance Corporation to buy gold at increasing prices. These purchases raised gold’s value in terms of dollars, conversely lowering the dollar’s value in terms of gold and in terms of foreign currencies, whose value in gold remained pegged at old prices.

"The goal of these programs was to raise American prices of commodities like wheat and cotton, returning them to the level of 1926, before the beginning of the contraction. This reflation would counteract the deflation that had dragged the economy into the abyss. The reflation would relieve debtors, resuscitate banks, and revive businesses. The reflation would lower prices of American goods abroad, encouraging exports, and raise prices of foreign goods in the US, discouraging imports."