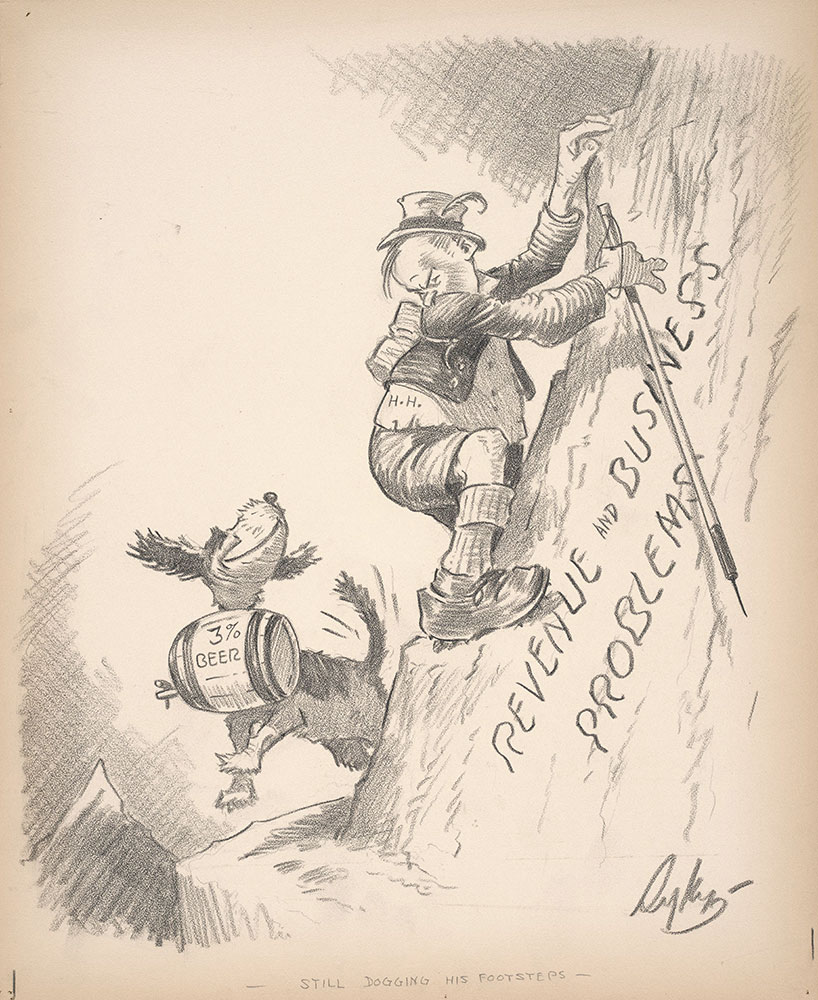 "At the height of the Jazz Age, American voters in a hard-fought contest elected a staunch upholder of Prohibition in Herbert Hoover over Al Smith.... Repeal took place...in the austere gloom 4 years into America’s worst economic depression.  Thus, the arguments for Repeal that seemed to have greatest resonance with voters in 1932 and 1933 centered not on indulgence but on economic recovery. Repeal, it was argued, would replace the tax revenues foregone under Prohibition, thereby allowing governments to provide relief to suffering families. It would put unemployed workers back to work."

"President Hoover felt the key to economic recovery was restoring the confidence of the business community in the economy of the United States.... A fiscal conservative, he fought desperately to maintain a balanced federal budget. This was extremely difficult given the demands placed on the government to launch various relief programs and a shrinking revenue base because of unprecedented deflation. Hoover however said: 'The course of unbalanced budgets is the road to ruin.' The logic of this position was that the business community would be discouraged and delay reinvestment if the government were unable to operate in the black."