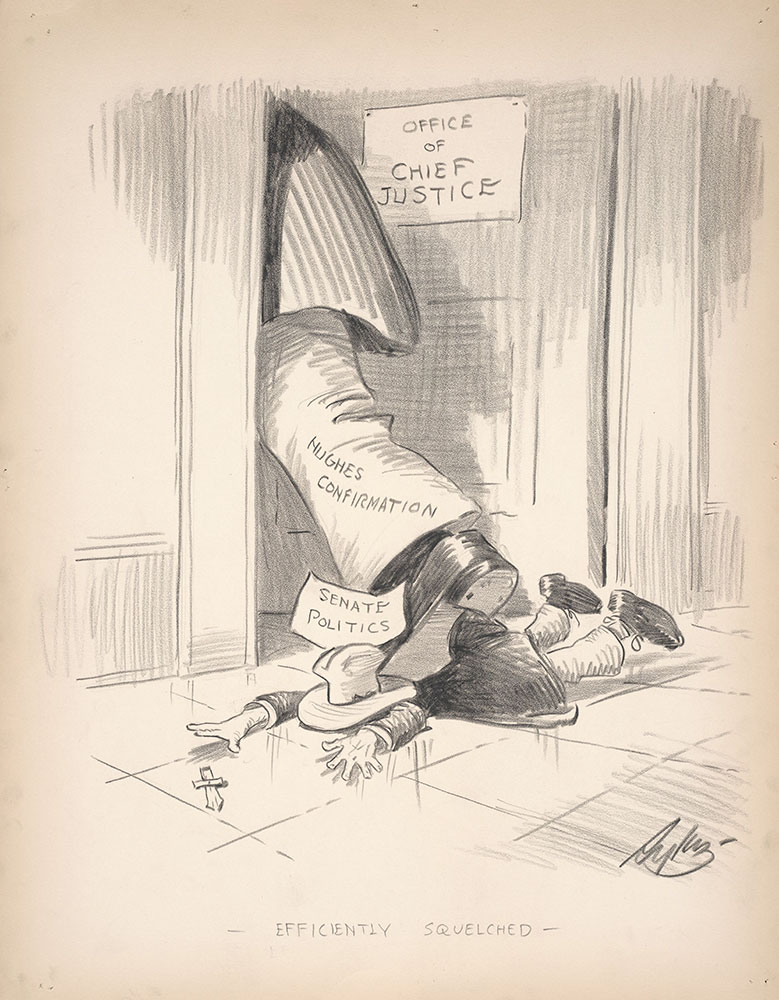 "Senator Robert LaFollette, Jr....following Norris and Borah, attacked the conservative economic decisions of the Taft Court, including a decision announced a few weeks before the Hughes nomination.  In that January 1930 decision, the Court struck down a Maryland regulation limiting the rate charged by United Railways an annual profit to 6 1/4 percent.... If the Senate confirmed Hughes, LaFollette asserted, it would effectively endorse 'the Supreme Court's usurpation of power,' and strip 'the government of the States and the government of the nation of all power to regulate these utilities and public service corporations.'

"Insurgent Republicans were joined in opposition to the Hughes nomination by conservative Democrats, like Carter Glass of Virginia, who objected to Hughes's resignation from the Court in 1916 to run for the presidency, compromising, in their view, the independence of the judiciary.  In the end, Hughes won confirmation handily, 52-26, buoyed by his reputation for personal integrity, legal brilliance, and outstanding public service."