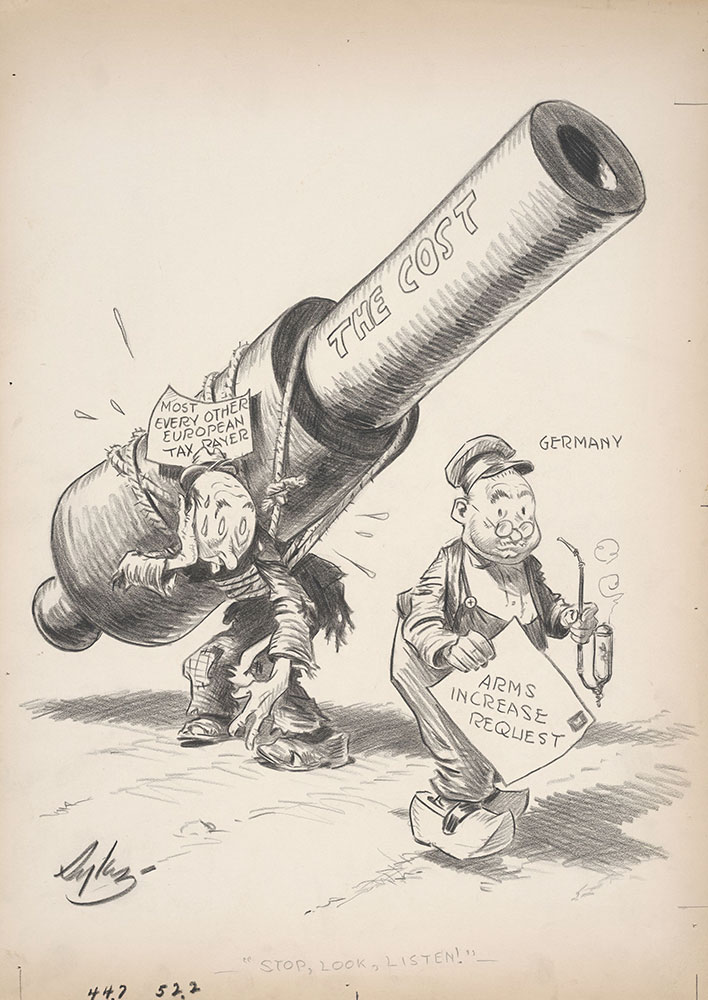 Most every other European tax payer is worried about the cost of Germany's arms increase request.

"The German rearmament was an era of rearmament in Germany during the interwar period (1918-1939), in violation of the Treaty of Versailles. It began as soon as the treaty was signed, on a small, secret, and informal basis, but it was massively expanded after the Nazi Party came to power in 1933."