Fun For Everybody, Evidently. 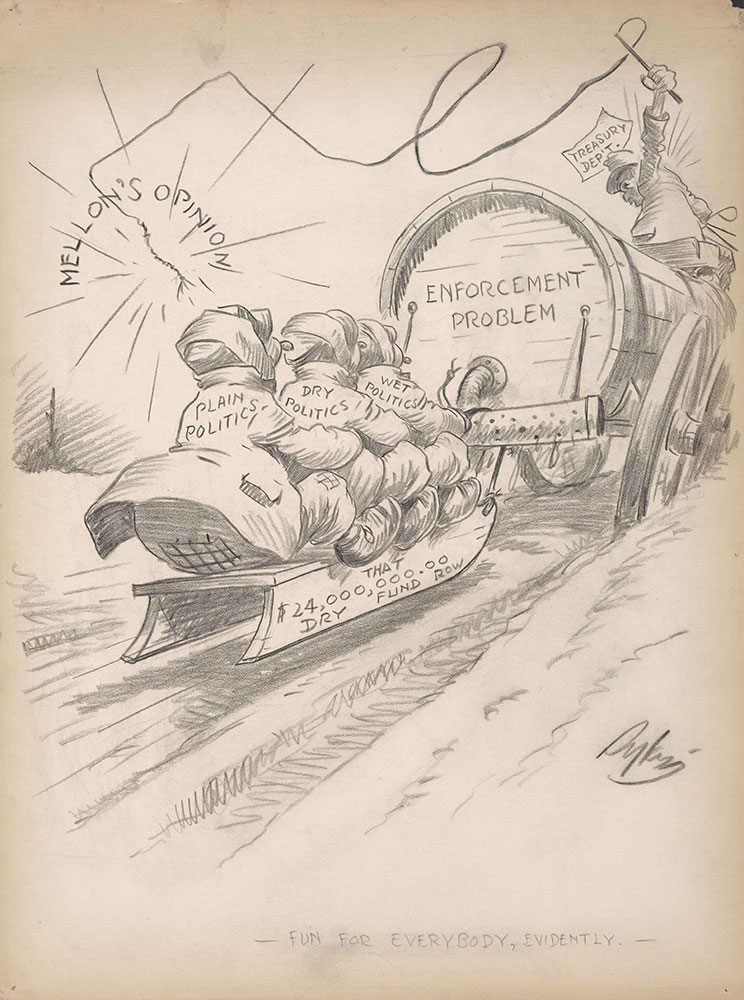 Twenty-four million was given to the prohibition fund for the enforcement problem.

"Three of the highest federal officials charged with enforcement of prohibition virtually threw up their hands today and declared in effect that the national government cannot dry up the nation.

"Federal machinery is not sufficient to enforce the Volstead law, these government authorities point out, and the only hope now lies in state cooperation.

"The three officials who made known their views were headed by the Andrew W. Mellon, secretary of the treasury, and the ranking officer over the government's dry forces."