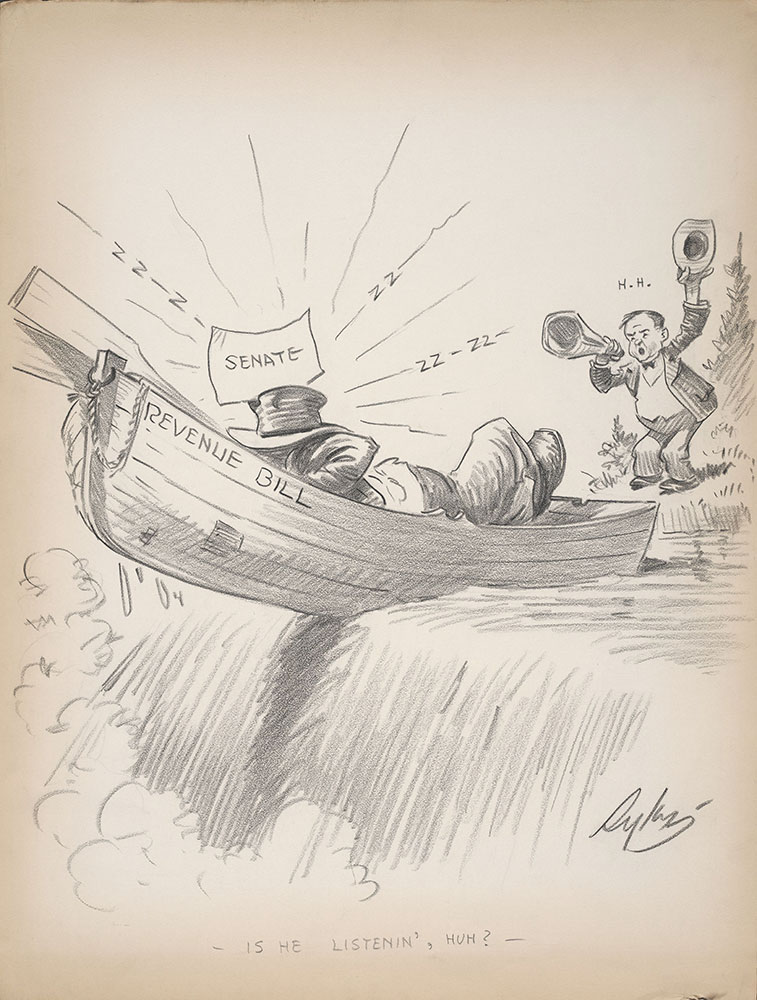 "In the course of the 6 months during which the revenue bill has been considered in the House and Senate practically every form of tax has been suggested at one time or another, many have found their way into the bill later to be rejected."

"Resigned to the fact that he had pushed through the best bill he could get, Hoover signed the Revenue Act of 1932 on June 6.  The bill came too late to alter the fiscal 1932 deficit significantly.  Importantly, for the short remainder of Hoover's term and throughout the entire New Deal era, no attempt was made to stimulate the economy by cutting taxes."