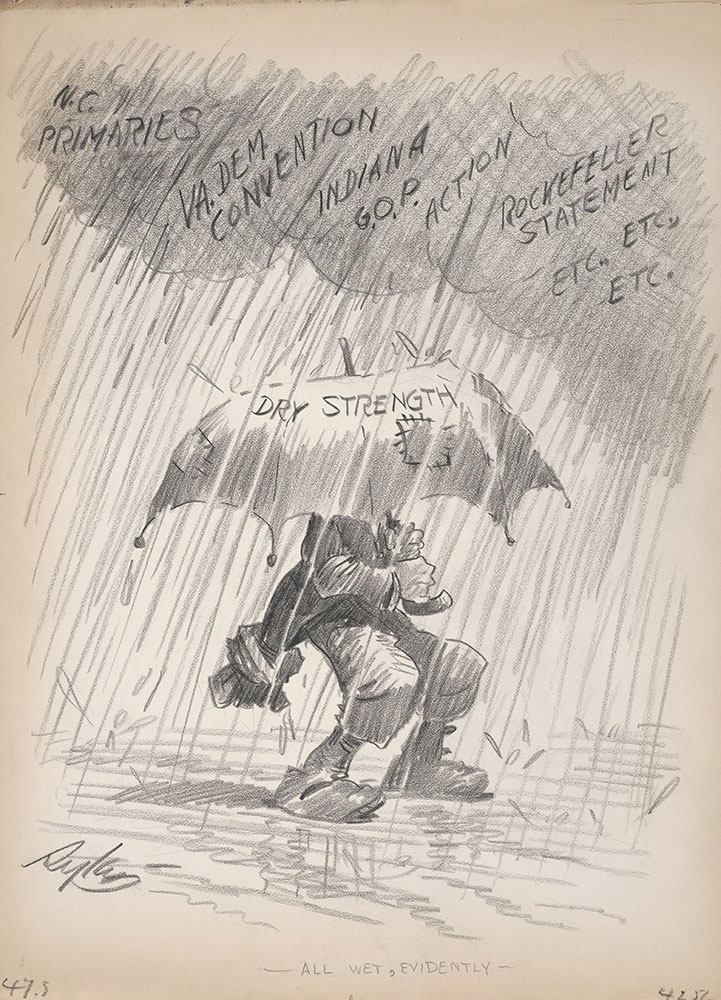 Virginia Democratic Convention:  "By an overwhelming majority the Virginia state Democratic convention today adopted a platform containing a resolution favoring submission of the prohibition question to the several states by a method which the national convention may deem best."

Indiana G.O.P. Action:  "The Republican party went wet today in Indiana, dryest of the bone dry states.  Wets defeated drys on the floor of the state convention and put through a plank headed 'temperance' which calls for the submission by congress to the states of repeal of the eighteenth amendment, and for repeal of the Wright bone dry state law."

North Carolina Primaries:  "Such incidents as a repeal candidate worsting Senator Cameron Morrison in the recent North Carolina primary convince some Democratic leaders that the south is already ripe for repeal and that it would be safe to go the whole way in their platform toward repudiation of national prohibition."

Rockefeller:  "The defeat of Senator Smith Wildman Brookhart, an uncompromising dry, in Iowa, the defeat in North Carolina of Senator Cameron Morrison, hard shell dry apostle, by Robert B. Reynolds, a repealist, and the letter of John D. Rockefeller Jr., former financial angel of the Anti-Saloon league, to Nicholas Murray Butler, president of Columbia university, calling for repeal of the 18th amendment and the return of liquor control to the states--all in the one day's news were the great topics among the gathering politicians."