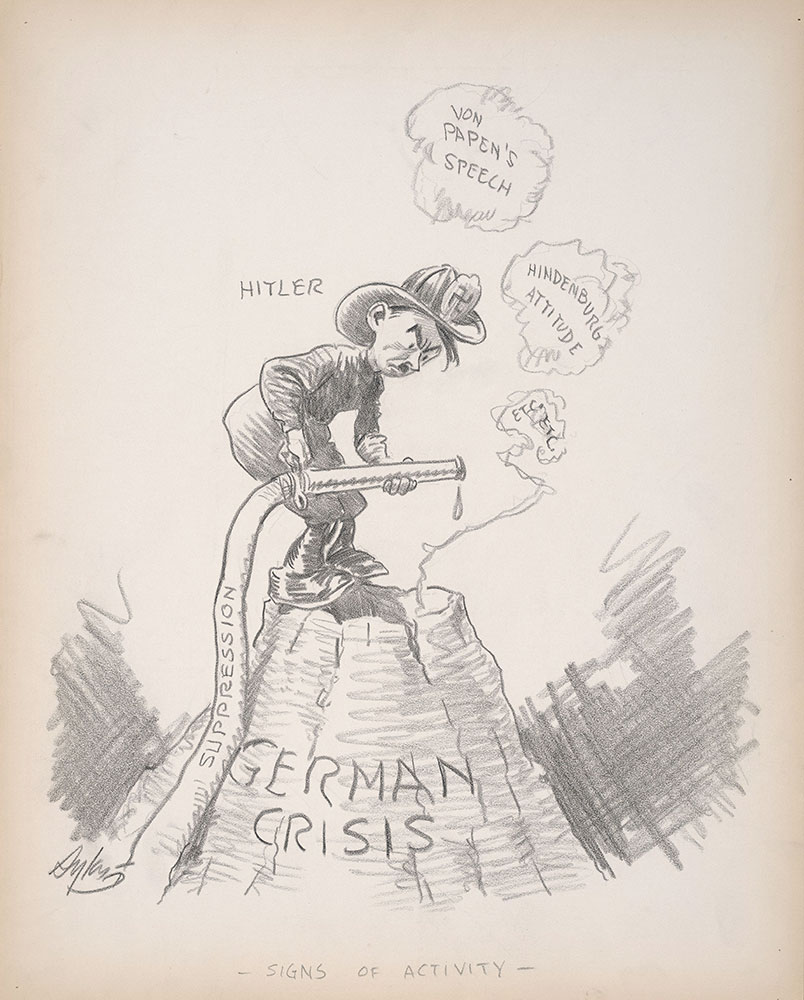 "Papen delivered an address at the University of Marburg on 17 June 1934 where he called for the restoration of some freedoms, demanded an end to the calls for a 'second revolution' and advocated the cessation of SA terror in the streets.... The vice-chancellor's bold speech incensed Hitler, and its publication was suppressed by the Propaganda Ministry. Angered by this reaction and stating that he had spoken on behalf of Hindenburg, Papen told Hitler that he was resigning and would inform Hindenburg at once.  Hitler knew that accepting the resignation of Hindenburg's long-time confidant, especially during a time of tumult, would anger the ailing president. He guessed right; not long afterward Hindenburg gave Hitler an ultimatum – unless he acted to end the state of tension in Germany, Hindenburg would throw him out of office and turn over control of the government to the army."

"Two weeks later, on the Night of the Long Knives, the SS and Gestapo murdered Hitler's enemies within the NSDAP, as well as various past friends and associates to whom his relationship might prove awkward, and several conservative opponents of the NS regime."