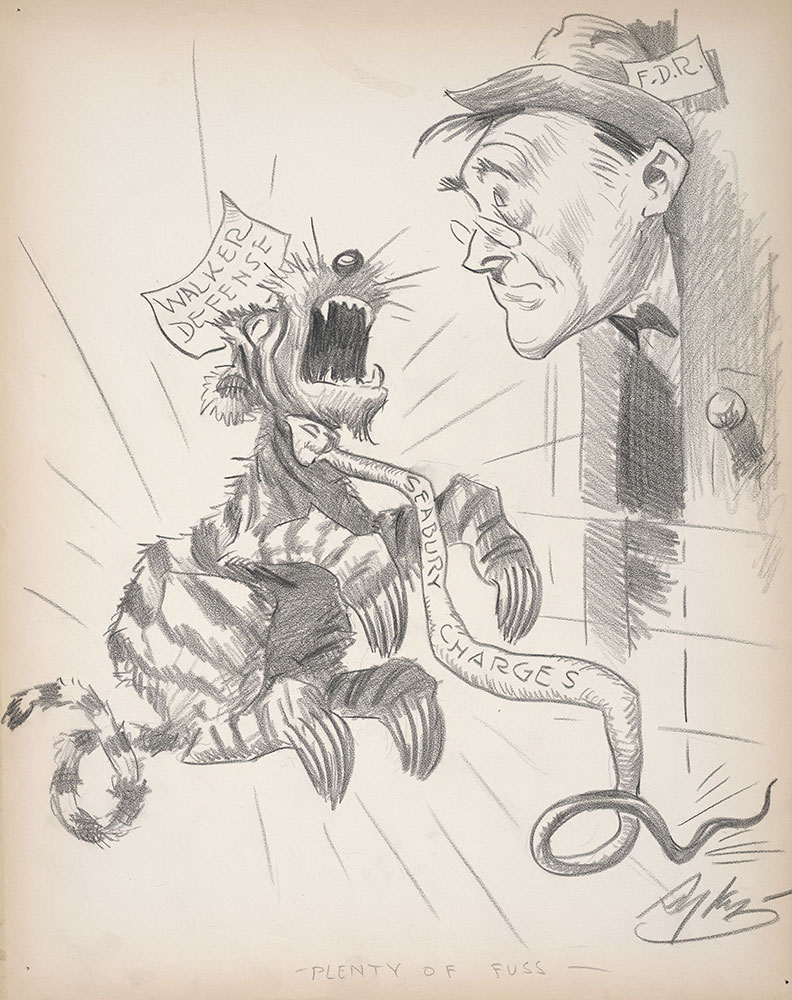 "Jimmy Walker, fighting to save his job as the mayor of New York, brushed aside his own lawyer today and personally took charge of his defense.

"He cried out impassionately to the man who is judging him--to Franklin D. Roosevelt, governor of New York and Democratic candidate for President of the United States--for the right to face the witnesses who have accused him.

"The governor, whi in the next few days is expected to give his decision as to whether he will remove the jaunty Walker from his high office, sat calmly through the mayor's outburst.  Samuel Seabury, who presented the charges of corruption and dishonesty and unfitness against Mayor Walker, was coldly silent."