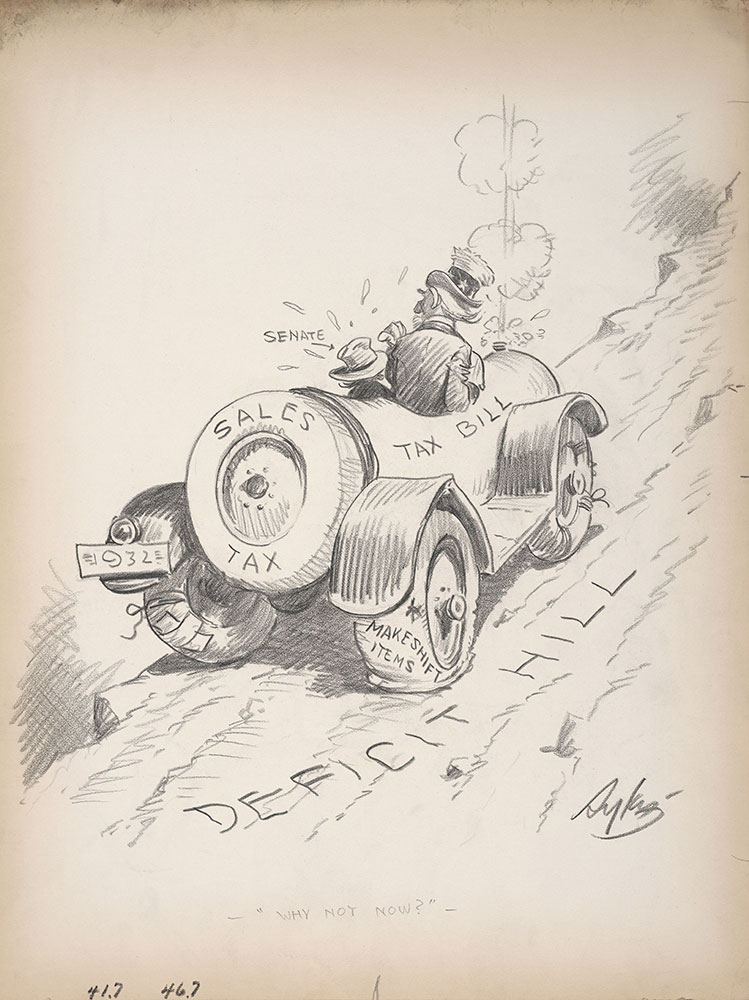 Uncle Sam asks the Senate why they won't approve the sales tax bill as the government/economy struggles under deficit.

"The Senate struggled with the revenue bill, in part because the upcoming presidential election in November made cooperation between Democrats and Republicans difficult. To break the impasse, the President made a surprise appearance before the Senate at noon on May 31 to discuss the urgent need for the bill."