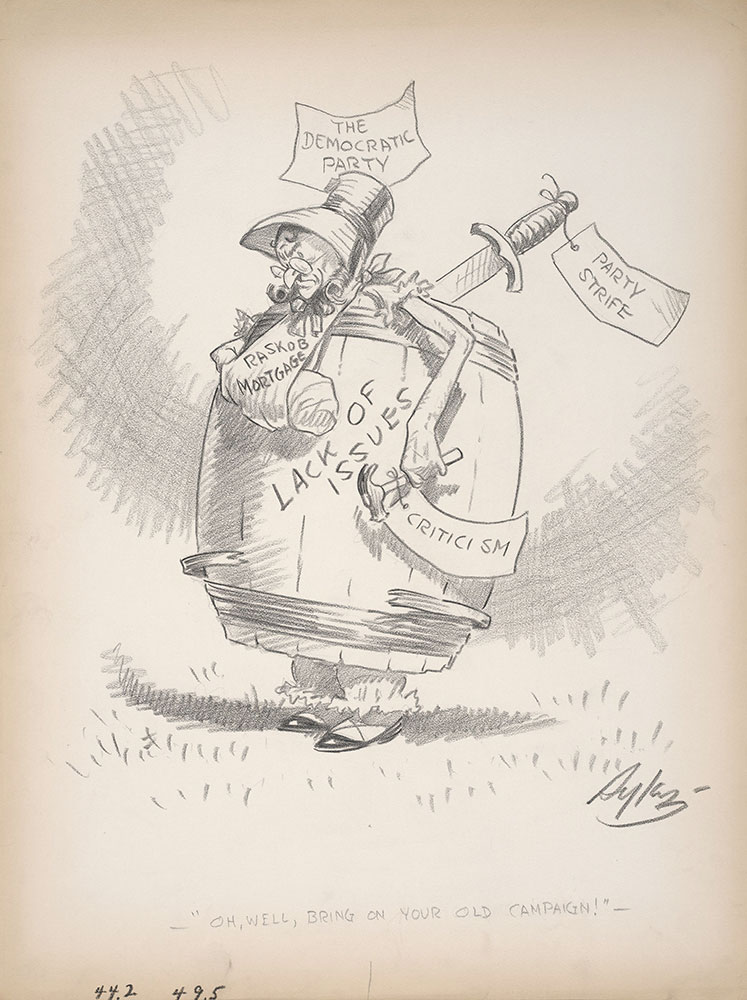 "In reporting their current position, the Democrats revealed that they were still $707,054 in the red, of which $295,250 came from Chairman John Jacob Raskob. During the last three months Mr. Raskob has increased his party's debt to him by $40,000. These figures caused the Republican National Committee to remark through the convenient mouth of West Virginia's Senator Hatfield: 'Mr. Raskob is steadily increasing the size of the mortgage which he holds on the once proud party of Jefferson....'"

"Another suggestion that Democrats avoid straddling and adopt a definite 1932 platform on controversial subjects--including prohibition--was before that party today in a letter from Chairman Raskob of the national committee."