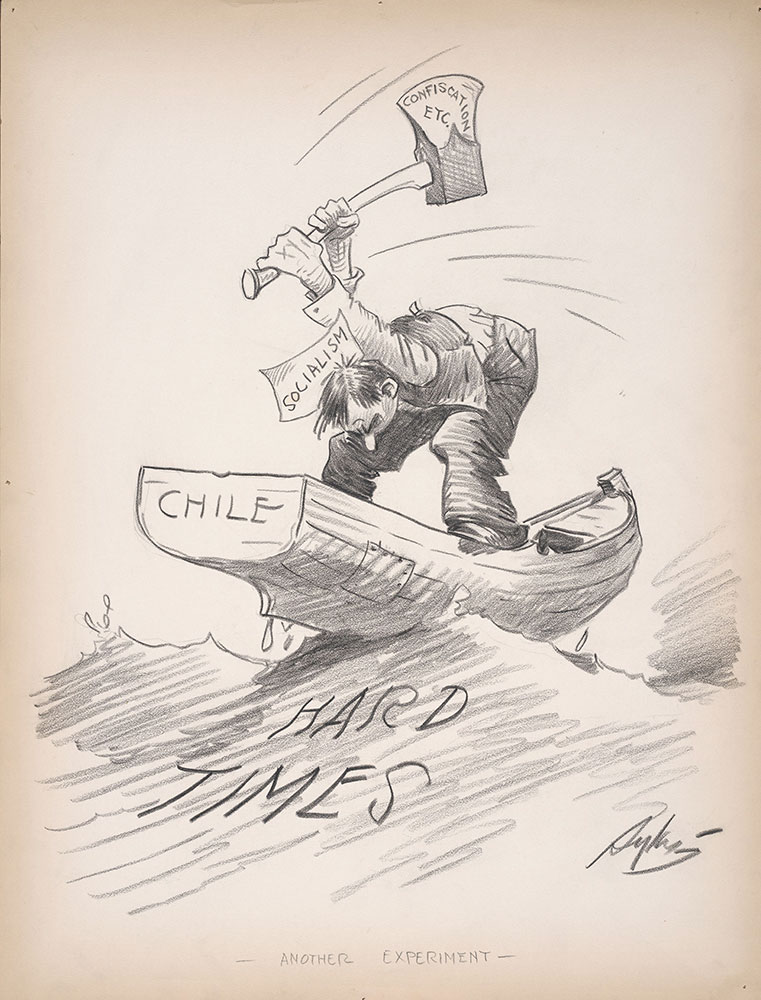 "The Great Depression of 1930 plunged the country's working and middle classes into a serious crisis that led them to sympathize with socialist ideas, which found expression in the establishment of the short-lived Socialist Republic of Chile in 1932....  The Socialist Party of Chile was co-founded on April 19, 1933 by Colonel Marmaduque Grove, who had already led several governments, Oscar Schnake, Carlos Alberto Martínez, future President Salvador Allende, and other personalities."

"No steps will be taken, for the present at least, to confiscate foreign holdings in fulfillment of the junta's pledge to socialize industry.  But this policy of toleration will not extend, it was nderstood to the great Americna-controlled Cosach combine in which $375,000,000 is invested.  Total American investments here have a paper value of $1,000,000,000."