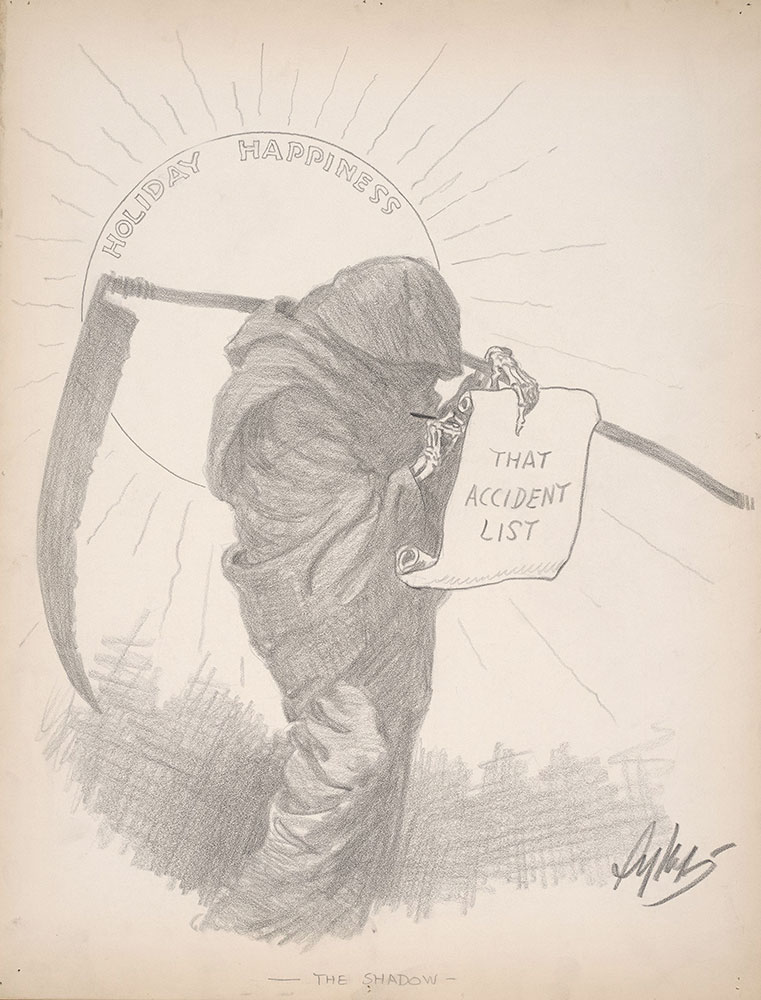 Accidents and list of fatalities mar the holiday happiness.

Possible accidents being referenced (if winter 1934) listed below:

"Powellton, W. Va., Dec. 27 -- (UP) -- The locomotive of a miners' work train exploded today, killing at least 15 miners. Twenty were injured.
The locomotive was hauling a four-coach train to Mine No. 5 of the Koppers Coal Company where the miners worked.  Between 75 and 100 workmen were on the train.  Terrific force of the blast killed some. Others were scalded to death as live steam roared into the coaches.  The injured were removed to Coal Valley Hospital, at Montgomery.  One died there. Several others were expected not to live."

"The Christmas train crash which killed fifteen persons and injured 31 near here last night was attributed today to a 'misplaced switch.' ...The switch...caused the Detroit-Toronto express to go crashing at 55 miles an hour into the rear of a Christmas excursion train which had been sidetracked at Dundas, 7 miles from here."