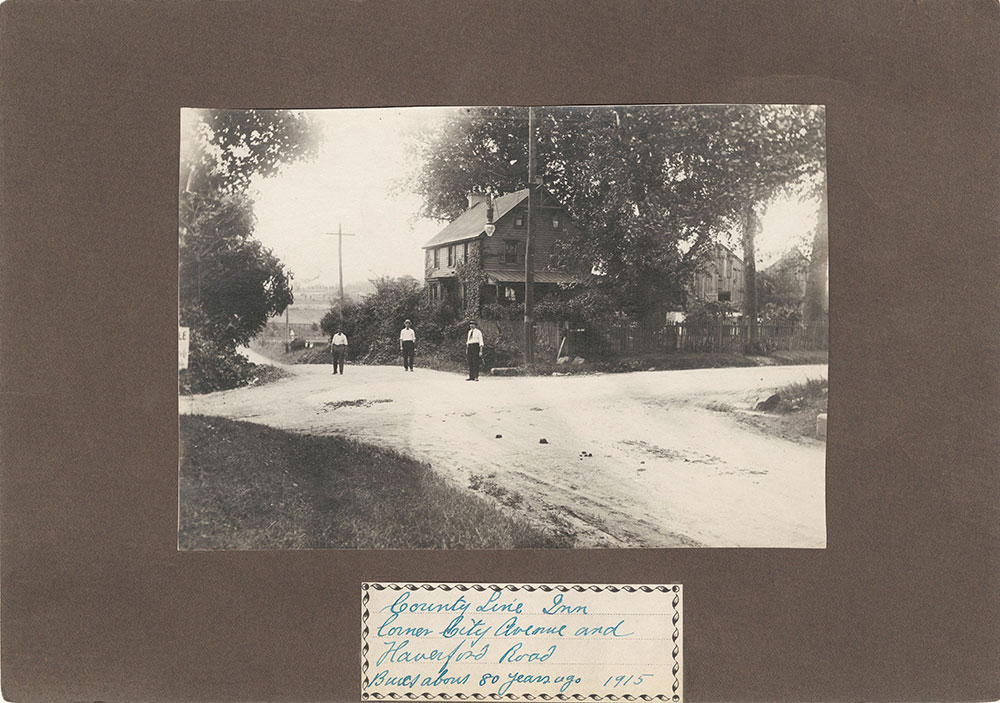 Newspaper clipping pasted on back:

Three-Acre Tract in Overbrook is Conveyed

The latest sale of ground in the Overbrook section is that a tract of a little more than three acres at the northeast corner of City Line and Haverford avenue, which was conveyed last week by Pompey Ansell to Samuel Rader for $120,000, of which $70,000 remains on mortgage, $50,000 having been paid in cash.

The tract has a frontage of 395 feet on City avenue adjoining ground taken by the city for Cobbs Creek Park with a depth on the north side of Haverford road of 338 feet to the middle of 73d street, now Overbrook avenue.

The seller had held the ground since August, 1924, when he purchased it from Albert Hall and wife for $40,000, as indicated by stamps on the deed. It was at that time the remainder of a much larger tract, comprising more than six acres, which Albert Hall purchased in 1915 for $15,000. Part of the six acres was sold to the city three years later for park purposes. The price paid for the three acres left last week as compared with the price realized twelve years ago for six acres, of which this was a part, conveys a striking illustration of the improvement in the value of ground in this vicinity largely due to the money spent by the city in the interim in developing Cobbs Creek Park and City Line avenue at this point.